If you live or visit New York City, you already know the area is a hotspot for diverse vegan food, ranging from classic fast-food takeout to fine-dining. In just the last few months, plant-based eating has gotten even better with the addition of 10 more fully vegan restaurants.

In NYC’s East Village, raw vegan eatery Rabbit—created by restaurateur Ravi DeRossi and Overthrow Hospitality—is an intimate, 12-seat chef’s counter that serves a seasonal rotating tasting menu featuring more than a dozen courses for $75 per person. The small, upscale restaurant differentiates itself from other local vegan hotspots with its whimsical storybook theme that aims to transport patrons “down the Rabbit hole”—a reference to Lewis Carrol’s Alice’s Adventures in Wonderland—via its menu, which is presented to diners in storybook format complete with poems and illustrations.

“Rabbit is our first raw vegan concept—it was an idea we had been playing with for a little while and were looking for the right chef and format,” Overthrow Hospitality founder Ravi DeRossi tells VegNews.

Located next door to Rabbit is vegan dessert and wine bar The Fragile Flour. Helmed by pastry chef and burlesque dancer Lady Ashton Warren, the bar offers an opening menu featuring desserts such as coffee rum-soaked chocolate tiramisu, lemon meringue pie, and strawberry basil parfaits alongside wine sourced from around the world. Savory pre-dinner bites such as gouda-stuffed pretzels and mushroom pesto arancini are also on offer early in the evening.

“I’ve been a vegetarian since 2007 and have cornered the market on creating delicious treats to accommodate all dietary restrictions,” Warren said in a statement. “I believe everyone deserves dessert, and The Fragile Flour celebrates that.”

In the same East Village neighborhood, you’ll find English-style vegan craft beer bar Proletariat, which offers over 20 select drafts and a rotating list of hard-to-find bottles and cans, along with a food menu of vegan pub fare such as maitake sliders, Shepherd’s pie, and potato and polenta cakes.

The largest vegan restaurant in NYC is new upscale brewpub Belse, with nearly 200 seats within its 11,000 square feet of space. From the team behind LA’s Little Pine, Belse is the NYC outpost offering similar upscale comfort food such as apple sandwich, sausage fennel flatbread, and chick’n picatta, along with beer that is brewed onsite.

Coming soon to the West Village is vegan empanada shop Fons. Considered America’s first vegan empanada shop, Fons first opened its doors in Chicago last year and has since expanded to two additional locations. The NYC outpost will be the fourth location—and the first outside Chicago. The husband-and-wife team is putting the finishing touches on its new Bleecker Street location with plans to open its doors next month for eat-in, takeout, delivery, and catering services.

“Last year we opened our first location in Chicago, IL, and we were named America’s first plant-based empanada shop. After a year and a half with this amazing journey, the time to go to New York had arrived,” Fons co-founder Daniel Briceno tells VegNews. “Our first steps in the states were in NYC—we are originally from Venezuela and came here in 2018—and we moved after six months [from NYC] to Chicago with the idea of coming back with our business, and it is happening.” 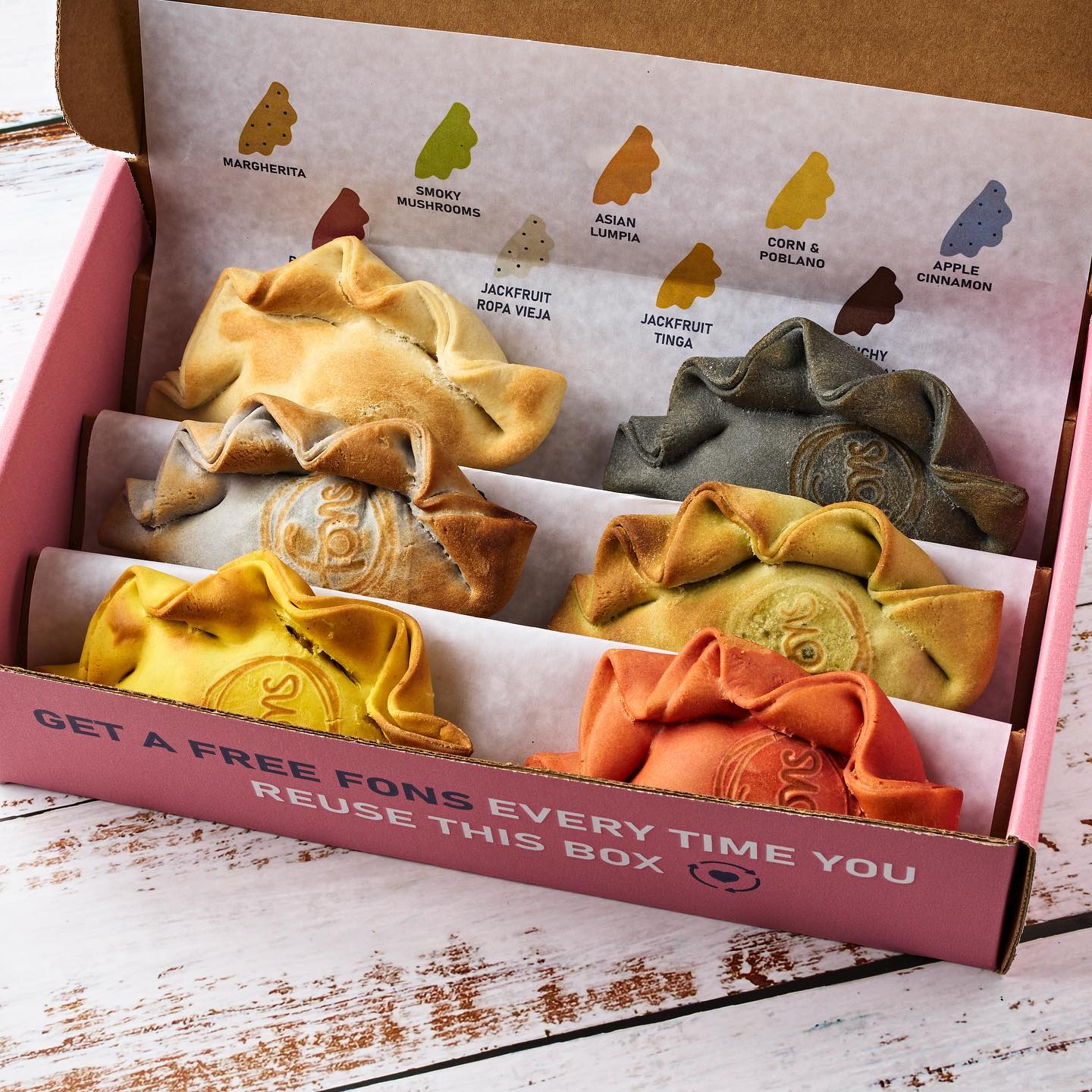 Fons offers empanadas in flavors such as chorizo cheese and potatoes, smoky mushroom, and pulled BBQ, alongside a garlic sauce—“which is the cherry on top for the empanadas,” Briceno says—drinks such as lemonade and matcha, and customizable açaí bowls from Chicago-based Deep Purpl.

“This is our first store nationwide to be spacious enough to host events surrounding the plant-based movement while enjoying classic comfort foods that are delicious, nutritious, and planet-friendly,” Mendelsohn said in a statement.

Vegan food is growing in Brooklyn, too

Over in Brooklyn, the borough now has its own vegan ice cream shop, deli, and French bakery. Located in Clinton Hill, Dreamery offers seasonal ice cream flavors like burnt plum sesame, Earl Grey lavender, beet, banana, chai, and cherry pie, along with other housemade vegan treats like foot-long churros and sour gummies by the pound. 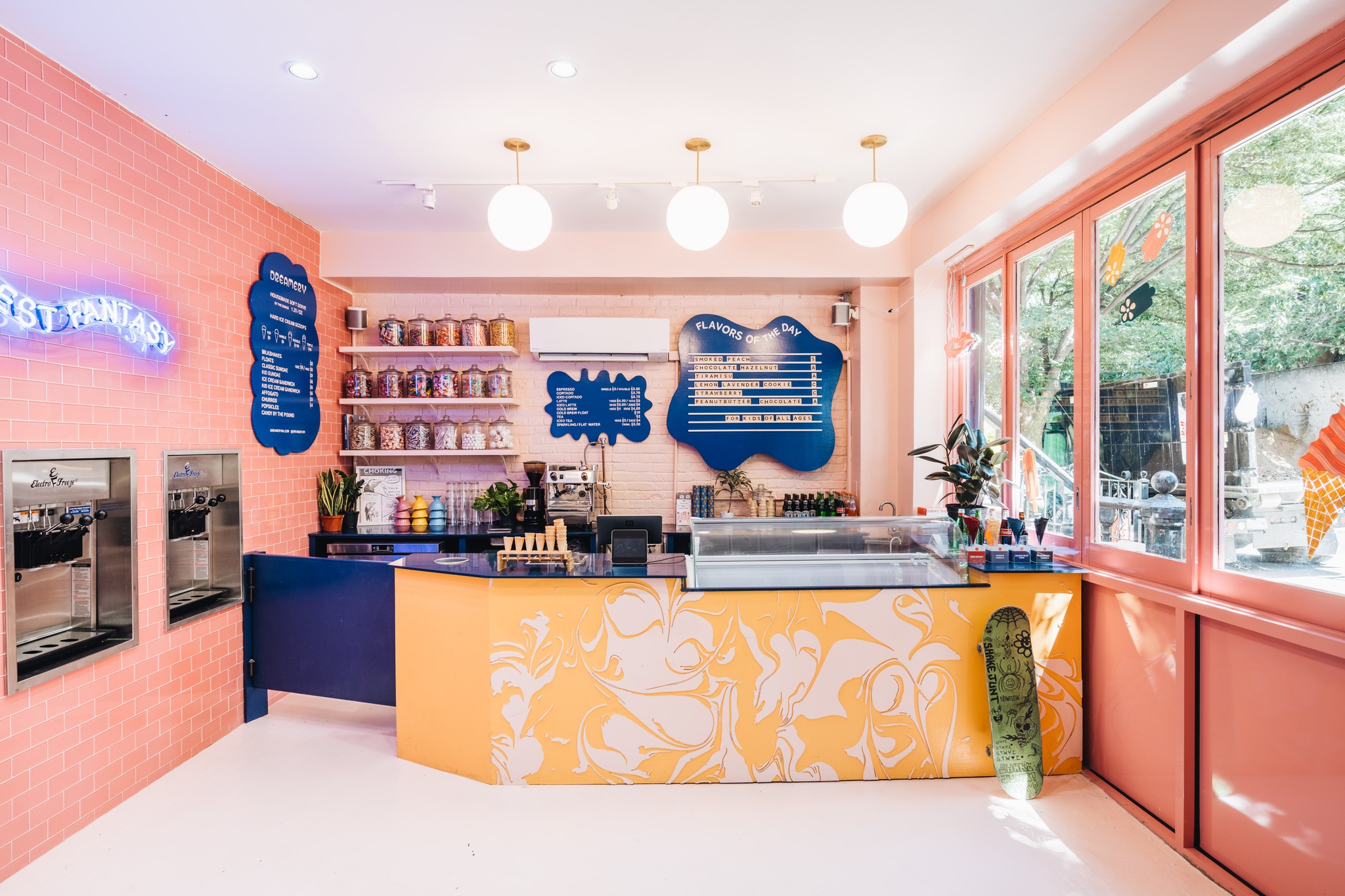 Non-Dairy Milk Taste Test: You Won't Believe Which One Wins

IKEA Expands Its Plant-Based Food Halls to These 3 Cities