Restaurants around the world have added a plethora of vegan options in recent years, so chances are, wherever you may be traveling to, you’ll find a great plant-based meal. And with new developments this week at four different airlines, both the journey and the destination are becoming more vegan-friendly.

The vegan scene in Japan has been growing in recent years, with a spike in vegan restaurants from 400 to approximately 1,000 between 2018 and 2020. Its biggest airline, All Nippon Airways (ANA), is hopping on board with the plant-based shift with new menu options.

“Providing inclusive meal options is essential to ensuring our customers with the best in-flight experience,” Tomoji Ishii, Executive Vice President, Customer Experience Management & Planning, of ANA, said. “We look forward to delivering these high-quality menu items and supplying a range of food options for all of our customers.”

“Many ingredients such as dairy products, eggs, fish, and meat could not be used, and we also developed the menu without root vegetables to accommodate the eating habits of more customers,” chef Takayama said in a statement. “With these many restrictions, it was difficult to achieve the same level of results as the gastronomic menu, and at the same time, this was the point we focused on.”

“As we worked on the menu development, we were able to reconfirm the appeal of vegetables, and I believe we have completed an in-flight meal that is unlike any other,” chef Takayama said.

And ANA is not the only airline getting into vegan food in time for World Vegan Month (November).

Air Canada is also upping its in-flight vegan meal options in November. In addition to other updates, the airline will expand the vegan options created by renowned Montreal Chef Jérôme Ferrer on its Air Canada Bistro menu with a Farro Salad and Spiced Chickpea Wrap, along with Good to Go vegan blondies and Nomz energy snacks.

The airline is making additional improvements such as free in-flight Wi-Fi for Premium Rouge customers and an increase in entertainment options by 25 percent. 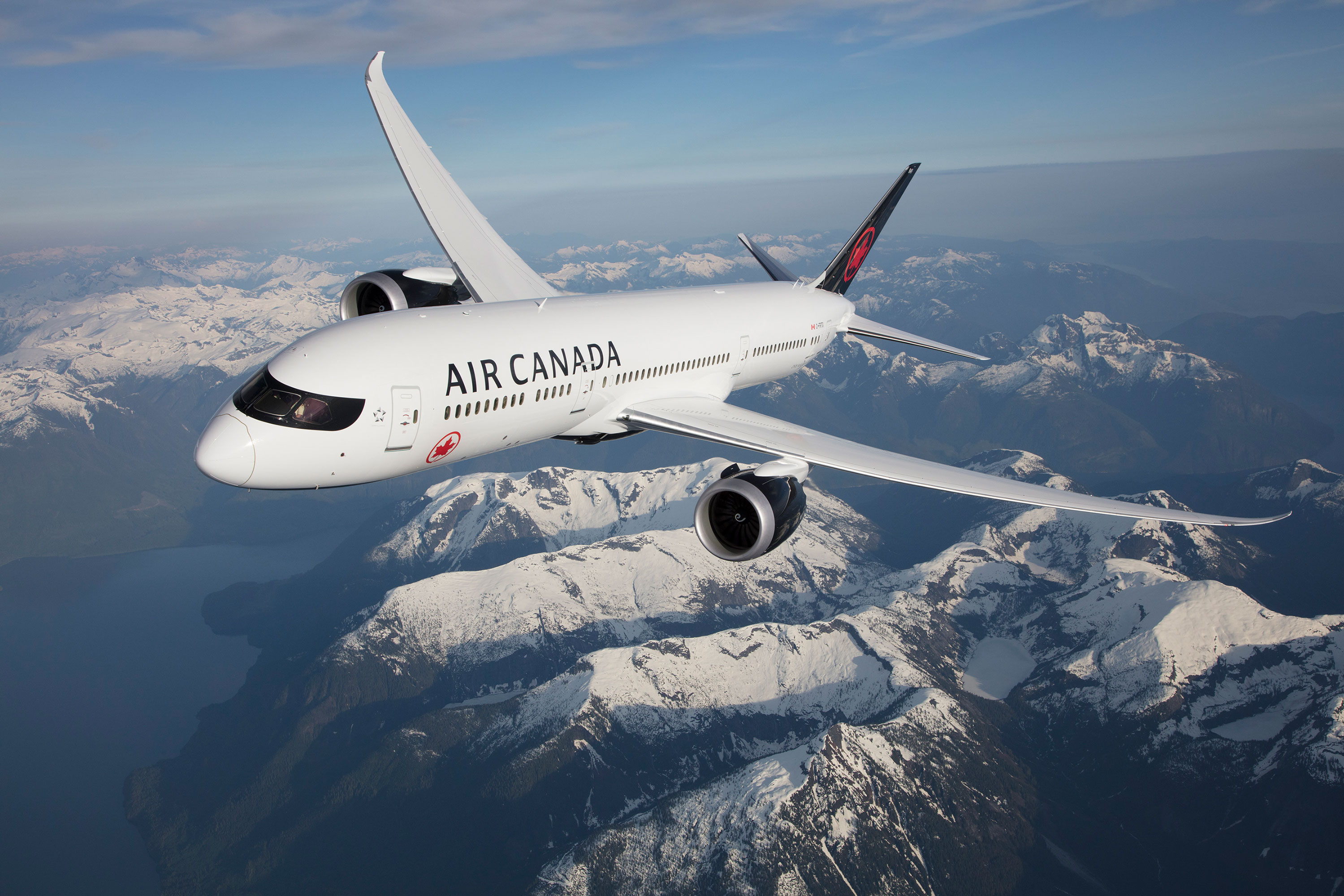 “Air Canada is committed to elevating the customer experience and offering the kind of world-class services Canadians can be proud of from their flag carrier,” Mark Nasr, Senior Vice President, Products, Marketing and eCommerce at Air Canada, said in a statement. “Accordingly, we are investing in all aspects of the journey to make travel even better for customers, including in our Economy and Premium cabins. Today’s announcements go beyond emerging from the pandemic; we’re proud to introduce many new services and options not available today in Canada.” 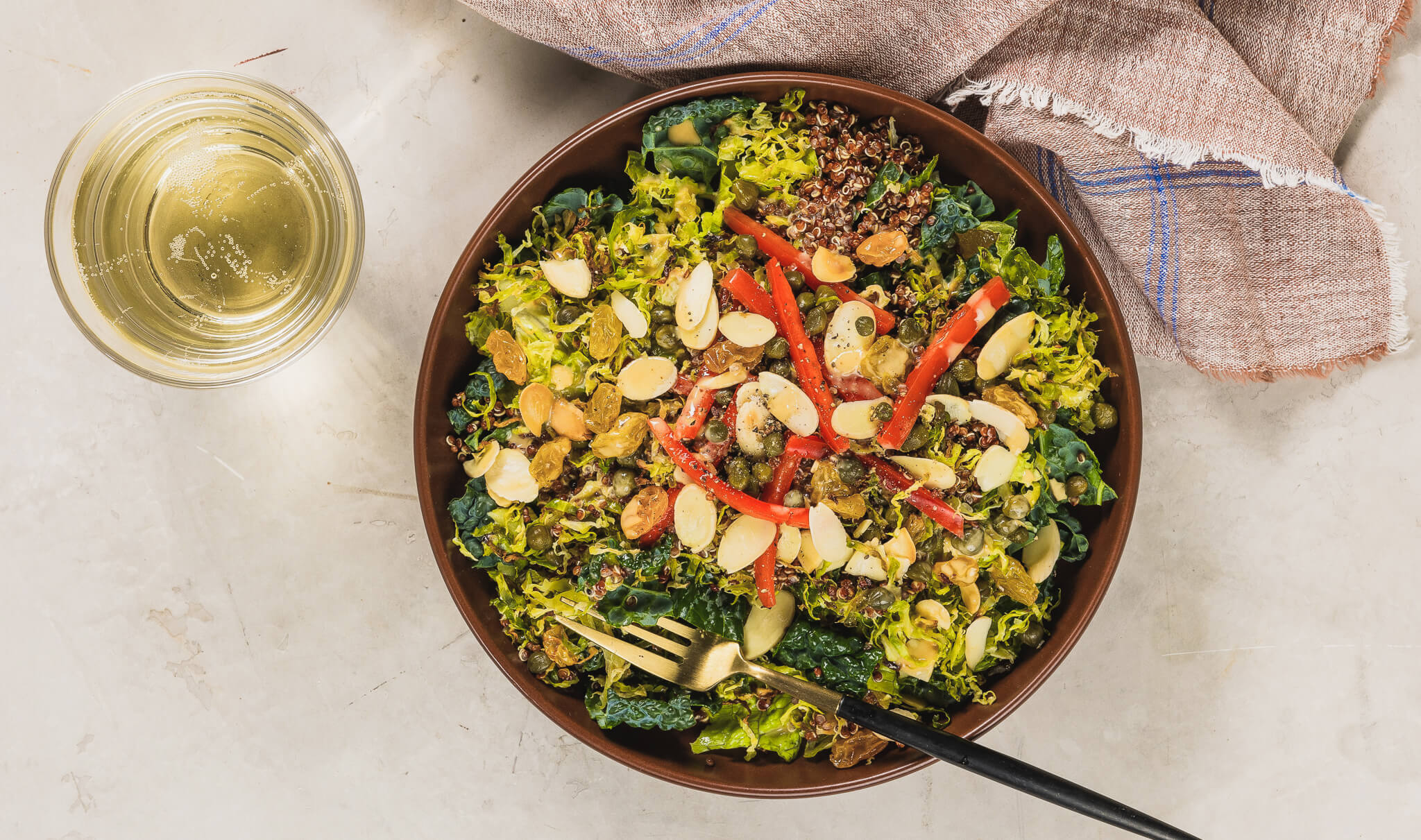 “We take a lot of pride creating new seasonal food options that taste great and that are good for you,” Todd Traynor-Corey, managing director of guest products at Alaska Airlines, said in a statement.

“Many of our guests tell us they love the bright, West Coast flavors that use real, healthy ingredients,” Traynor-Corey said. “For our fall menu, we continue to focus on plant-based, vegan, and gluten-free options.”

Emirates ups the ante with even more vegan food

Travelers on Emirates will be happy to know that the major Middle Eastern airline is continuing to lean into vegan food options. The airline has been honoring vegan meal requests since the 1990s, mostly due to passengers who abstained from consuming animal products due to religious reasons. However, in recent years, Emirates has vastly increased its vegan offerings to serve a growing global demand for plant-based meals.

This fall, Emirates is further expanding its vegan options as part of a multi-million dollar investment. After one year in development by a team of culinary experts with global palettes, Emirates is adding a curated menu to its first and business class offerings, which will include exciting items such as kofta made with Beyond Meat. 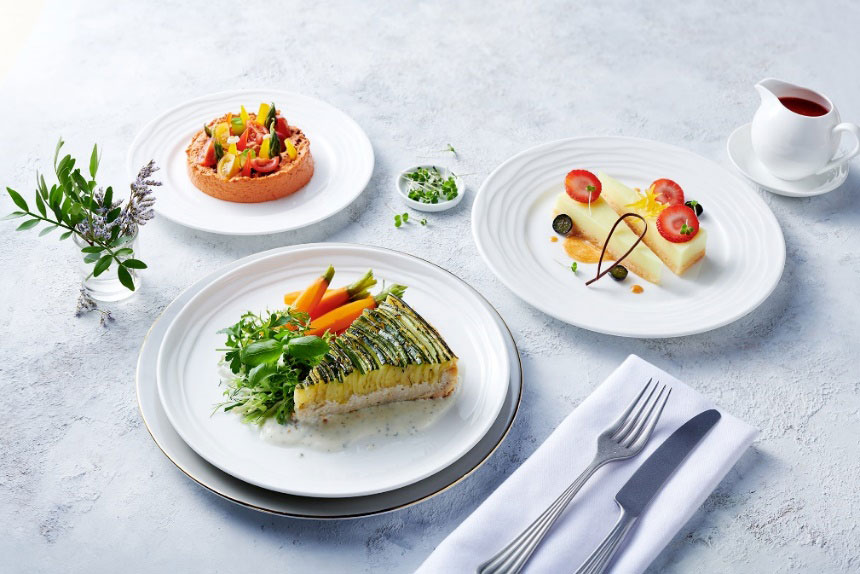 And Emirates did not forget about desserts with selections such as Dark Chocolate Custard Cake and Chocolate Tofu Cheesecake.

Everything Vegan at Applebee's | The Beet

These Natural Hot Springs Around the World Make For Beautiful Destinations