In light of the climate crisis and growing awareness around the cruelty behind producing cheap meat, are restaurants in the United States improving their practices in terms of animal welfare and plant-based food offerings?

World Animal Protection (WAP), a global animal welfare nonprofit, set out to find out just that and published its results this month. WAP’s Moving the Menu 2022 report examined the top 50 restaurant chains in the US on the basis of their progress toward improving animal welfare for pigs (by phasing out cruel gestation crates) and chickens (through the Better Chicken Commitment). WAP compared this progress against the restaurant chains’ addition of (and commitments to) plant-based menu options in order to arrive at its menu progress assessments.

“By assessing all three components together, Moving the Menu aims to give a full picture of if and how the largest restaurant chains are contributing to creating a more humane, sustainable food system by simultaneously prioritizing animal welfare in their supply chains and offering customers options that are kinder to animals and the environment,” the report states.

WAP’s report combined both animal welfare improvements and plant-based menu options, as both are necessary elements of moving toward a better food system.

“Animal welfare is not a standalone issue that companies can view and address separately from their wider sustainability goals,” the report states. “Increasing the role of non-animal proteins and reducing the centrality of meat on restaurant menus must be part of companies’ long-term sustainability strategies and understood as better enabling them to meet their commitments to ending specific cruel practices in farmed animal production.”

So how did the biggest chains in the US fare? The results were mixed and mostly disappointing.

The link between industrial animal agriculture and environmental degradation is supported by a growing body of research—and major restaurant groups are fully aware that the bulk of their carbon footprints come from animal products.

For instance, RBI (parent of Burger King and Popeyes) and Yum! Brands (parent of KFC, Pizza Hut, and Taco Bell) have both reported that animal proteins such as dairy, beef, and poultry make up 70 percent or more of their greenhouse gas emissions in their supply chains. 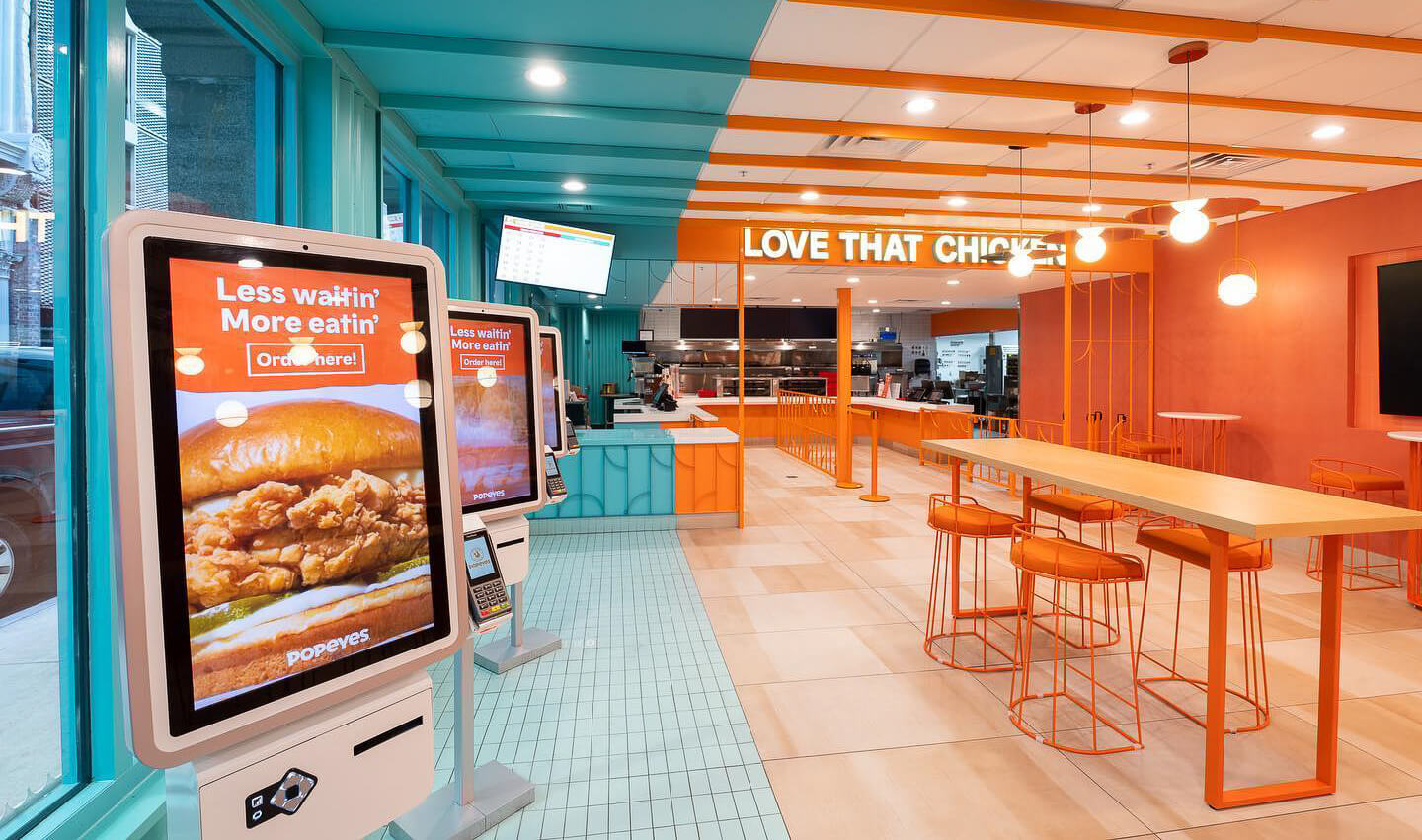 WAP says that these disclosed figures alone should push restaurants to add plant-based options, particularly those that offer protein diversification, to their permanent menus to make progress toward any climate goals.

To determine if chains indeed made meaningful progress in terms of plant-based options, WAP scored each menu across three categories (for a maximum of 140 points): the number of plant-based menu items (awarding 10 points for each item up to five items); recognition of environmental and social benefits of protein diversification (maximum of 40 points awarded for a commitment made); and presence of time-bound commitment(s) to reducing procurement of animal products and/or increasing plant-based proteins by a percentage from set baselines (a maximum of 50 points available).

The chains were divided into six tiers based on the points they gained and the top two tiers were, sadly, unoccupied. Chipotle (which offers a vegan bowl made with tofu-based sofritas) and Starbucks (which launched a vegan protein box lunch last year) earned a tier 3 “making progress” status for their plant-based options. 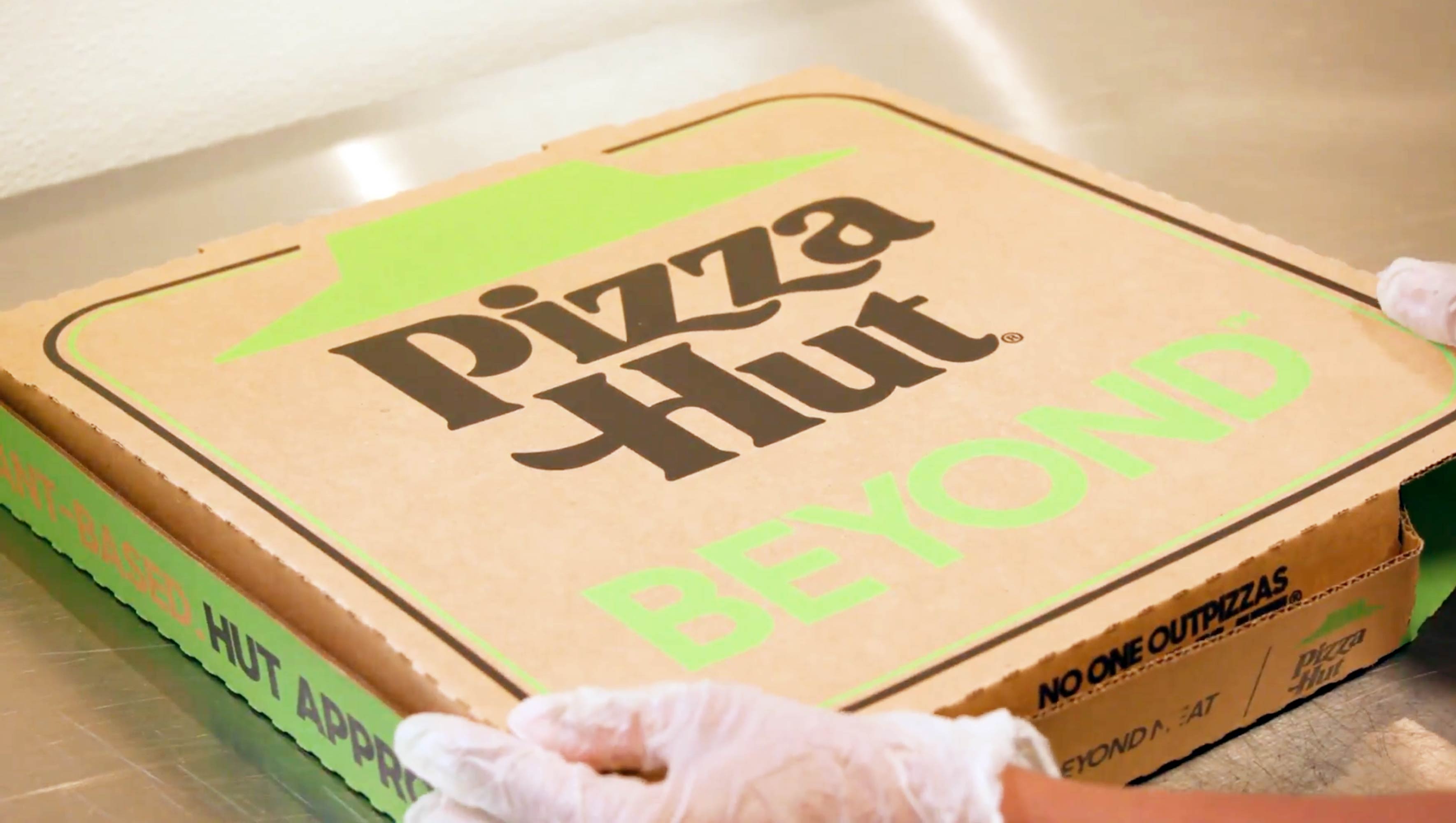 Yum! Brands has been working with vegan company Beyond Meat to add plant-based proteins to its chains but neither KFC, Pizza Hut, nor Taco Bell has yet to launch a nationally available, permanent option. This put the parent company in the “getting started” tier 4 category, alongside Denny’s (which added a Beyond Burger to its 1,700 locations nationwide in 2019).

Chipotle is leading the bunch when it comes to pig welfare progress, with The Cheesecake Factory in the tier 2 “good progress” category. 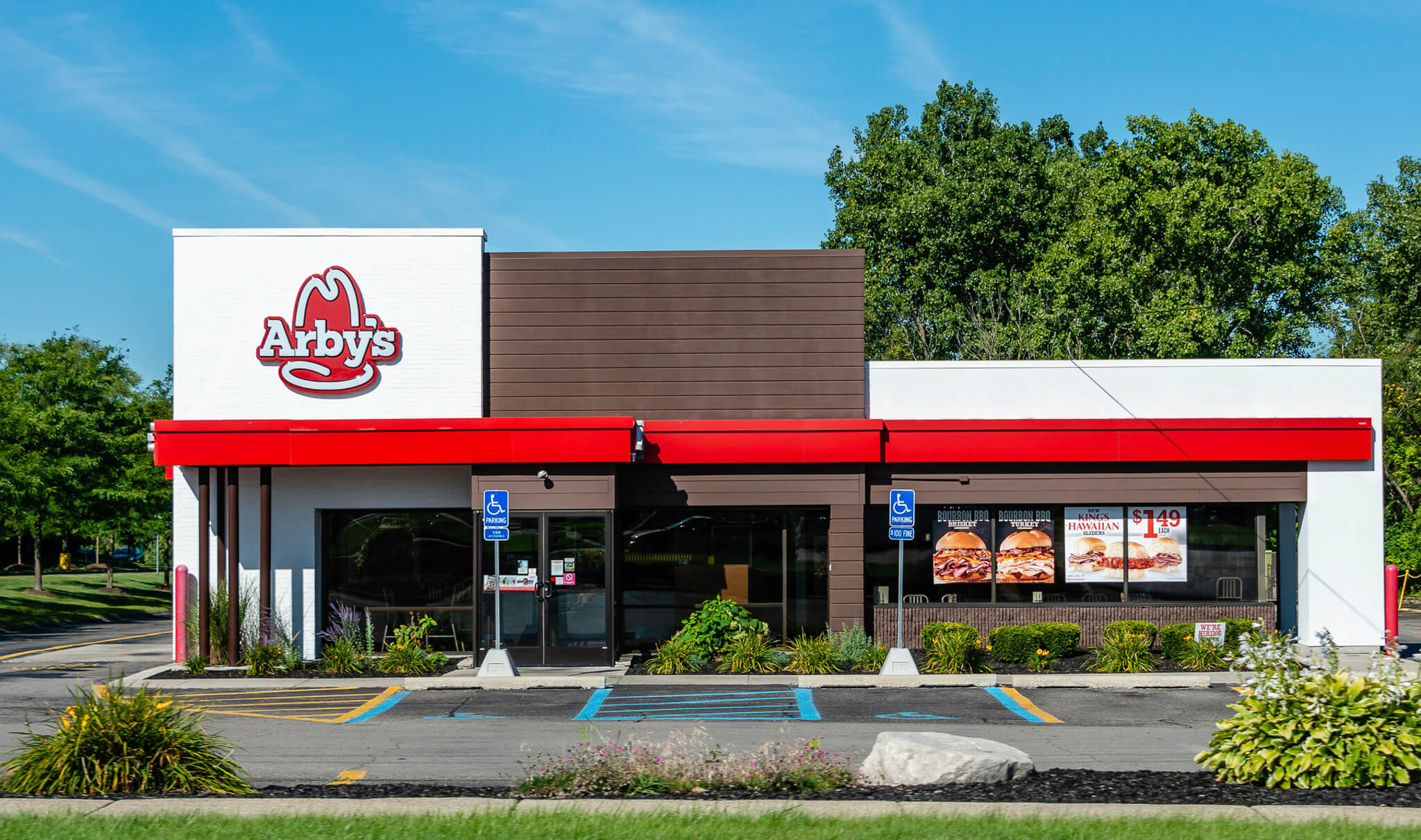 The bottom tier offenders here, according to WAP, are chains that have broken their promises by backtracking on commitments, either by removing them from public-facing materials and/or failing to provide updates. These include Jack In the Box, CKE Restaurants (parent company of Carl’s Jr. and Hardee’s), Inspire Brands (parent of Arby’s, Dunkin’, and Sonic), TGI Fridays, Chili’s, and Denny’s.

“Food companies cannot continue to ignore the devastating impact of factory farming on animals, people, and the environment,” Maha Bazzi, WAP US Farming Campaign Manager, said in a statement.

WAP is demanding that restaurants named in Moving the Menu and other food companies make a meaningful commitment to animal welfare, the environment, and their customers by slashing their procurement of animal products by 25 percent by 2030 and removing cruel practices such as gestation crates from their supply chains.

“Not only must companies adopt meaningful animal welfare policies that eliminate cruel practices common on factory farms and publicly report on their progress, but they must simultaneously commit to reducing the centrality of animal products on their menus and prioritizing innovative plant-based options,” Bazzi said. “Reducing their sourcing of animal products will better enable companies to meet their animal welfare promises while lowering the emissions in their supply chains.”