It seems that every week in the world of vegan food news is more exciting than the last and this week is no exception. Noodles & Company has added Impossible Orange Chicken Lo Mein (and a second meatless dish) to its menu nationwide. Impossible Pork is helping another noodle company reimagine classic Chinese dishes the vegan way. New York City locations of Juice Press just got a meaty vegan wrap thanks to Barvecue, which operates the world’s largest plant-based meat smokehouse in North Carolina. And some sweet holiday news is coming your way courtesy of nutpods and Rule Breaker Snacks. Read on for more.

Is 2022 the year of the vegan orange chicken? We’d like to think so. Especially because this week, fast-casual chain Noodles & Company added Impossible Orange Chicken Lo Mein to the menu at its more than 450 locations nationwide. The new menu item—which the chain tested at select locations in March—features panko-crusted Impossible Chicken Made from Plants atop a bowl of Asian-style noodles sautéed in orange sauce with snap peas, napa, and red cabbage, and topped with black sesame seeds and cilantro.

“We’re intentional about the quality and freshness of ingredients we serve, which made choosing Impossible for the national launch of our newest plant-based protein the obvious choice for us,” Stacey Pool, Chief Marketing Officer at Noodles & Company, said in a statement.

“After testing Impossible Chicken in several markets this past spring, we received overwhelming feedback that Impossible tastes just like chicken,” Pool said.

And because consumer response was so positive to the test of Impossible’s plant-based chicken earlier this year, Noodles & Company is expanding its menu with another option: LEANguini Rosa with Impossible Chicken, a vegetarian dish that features the plant-based meat atop its lower carb pasta in a spicy tomato cream sauce.

“This positive feedback coupled with Impossible’s values and commitment to the environment made them a great partner for us and I feel confident guests will love this uncommonly good addition to our menu,” Pool said. 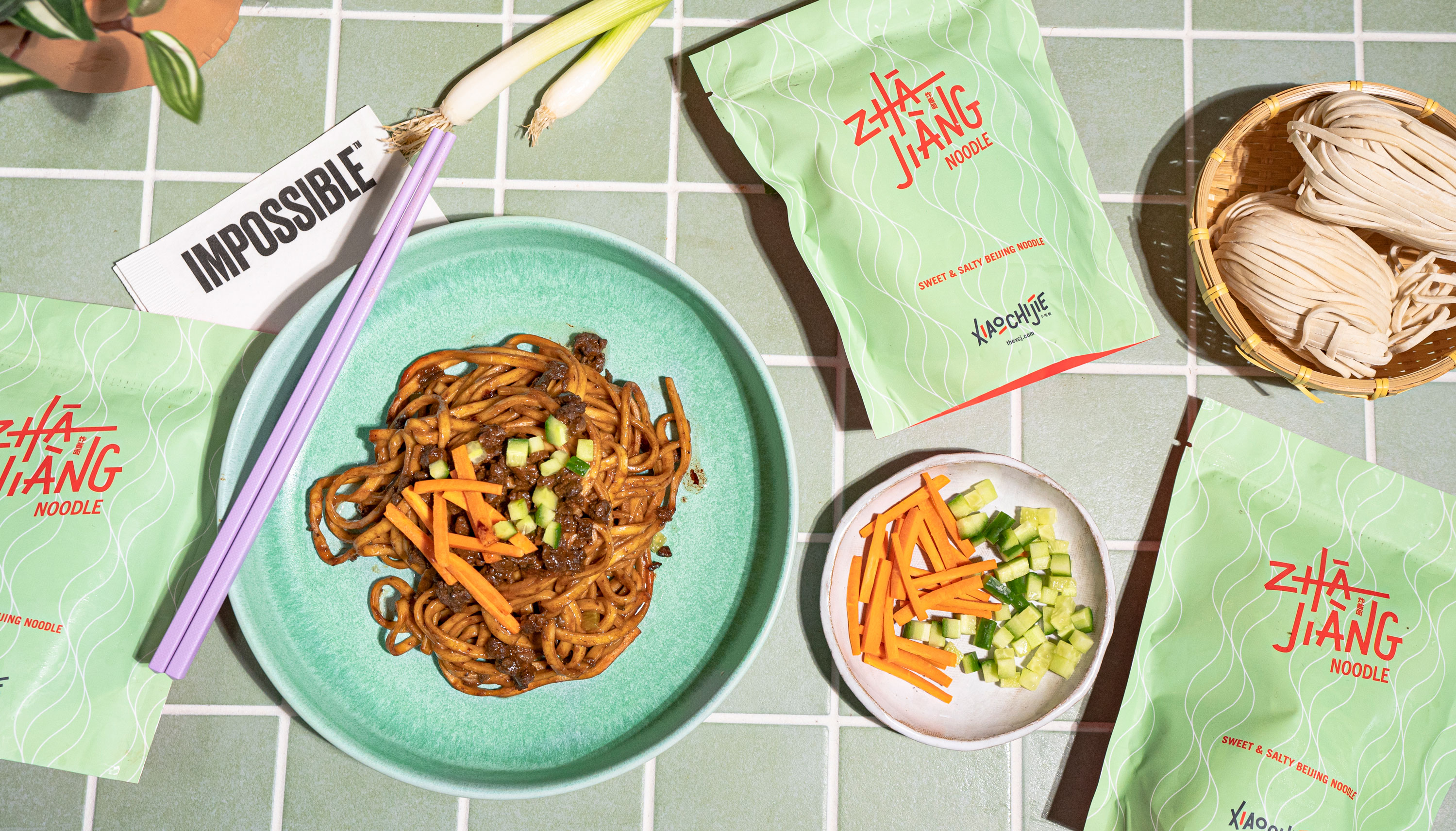 XCJ was founded by second-generation Chinese Americans Jennifer Liao and Caleb Wang, whose Seattle restaurant shuttered during the pandemic. With a mission to bring authentic representations of Chinese dishes to the masses, the duo pivoted to a direct-to-consumer brand that has flourished since 2020.

“Nearly every province of China has a noodle dish that stands as a pride and joy of that region,” Liao said in a statement. “They’re often symbolic and represent Chinese seasons and beliefs—like eating longevity noodles on your birthday or spicy noodles in the hot summers to fight heat with heat.”

Each kit comes with wheat noodles, sauces, and toppings which can be prepared in approximately 10 minutes with only a pot needed for boiling water.

“With so many inspiring Chinese noodle recipes out there, we’re honored to share this experience with our customers,” Liao said.

Wood-smoked vegan meat with Southern flare is the star of the new BBQ with Roasted Veggies Wrap that launched this week at Juice Press locations across New York City. The new wrap is made in partnership with Barvecue, a vegan brand that operates the world’s largest plant-based meat smokehouse in North Carolina.

“Juice Press is proud to partner with Barvecue to elevate plant-based offerings with a unique variety and authentic flavor profile,” Juice Press’ Ariana Korman, RD, CDN, said in a statement. 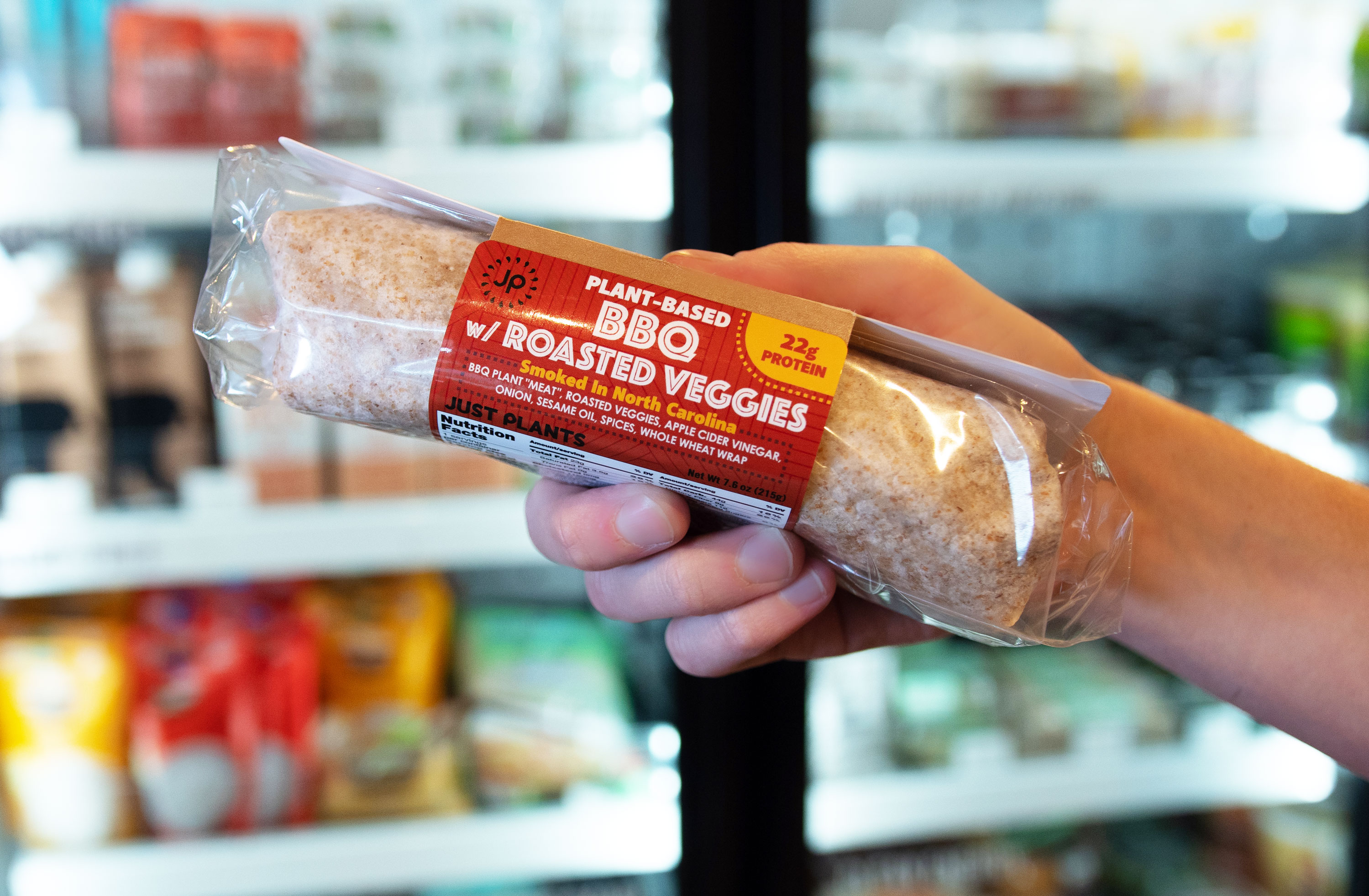 “We are so pleased to partner with Juice Press, an iconic New York health establishment with over 80 locations throughout the US, to bring Barvecue to the City,” Kelsey Joseph, Barvecue’s Director of Business Development, said in a statement. “Their clean-label values and desire to make plant-based foods widely accessible align well with the Barvecue mission.”

Snack brand Rule Breaker is all about delivering delicious vegan snacks for kids and adults alike. The company’s soft-baked and chewy snacks are all gluten-free, free from the top 11 allergens, and feature chickpeas as a main ingredient. 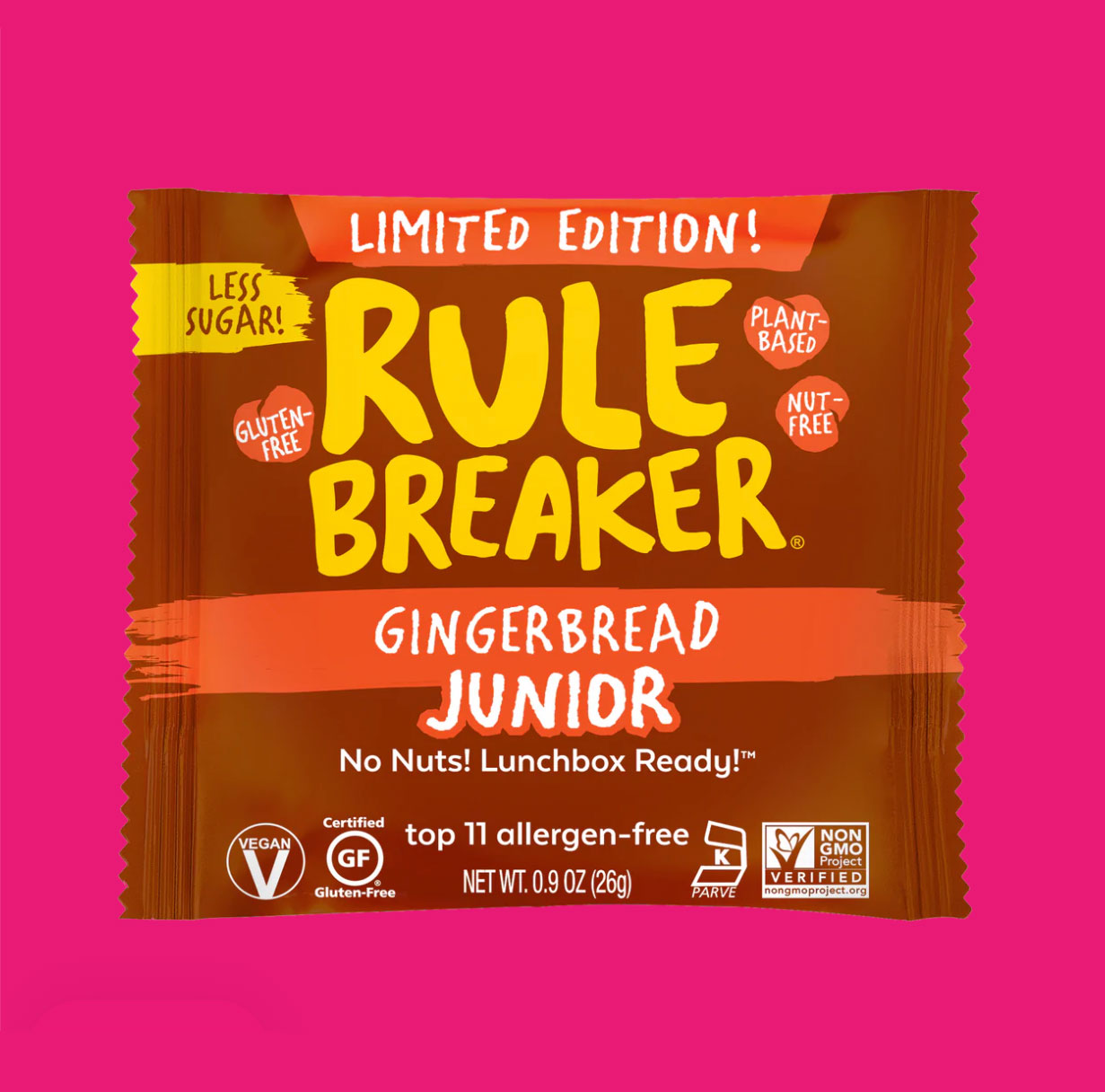 “We’re thrilled to introduce an iconic seasonal flavor to our lineup this year,” Nancy Kalish, Rule Breaker Snacks Founder, said in a statement. “Not-too-much sugar, spice and everything nice, that’s what these chewy soft-baked Gingerbread Junior gems are made of. We hope they become part of everyone’s holiday moments and traditions this year.”

With temps slowly starting to cool, there’s nothing better than settling in with a cup of joe spiked with a creamer that evokes the holidays. And nutpods has been churning out holiday cheer in the form of vegan creamers for years.

For this holiday season, the company is launching Peppermint Mocha and Holiday Nog flavors to compliment its existing Pumpkin Spice creamer released this fall. The assortment can be purchased individually or as part of The Winter Collection pack. 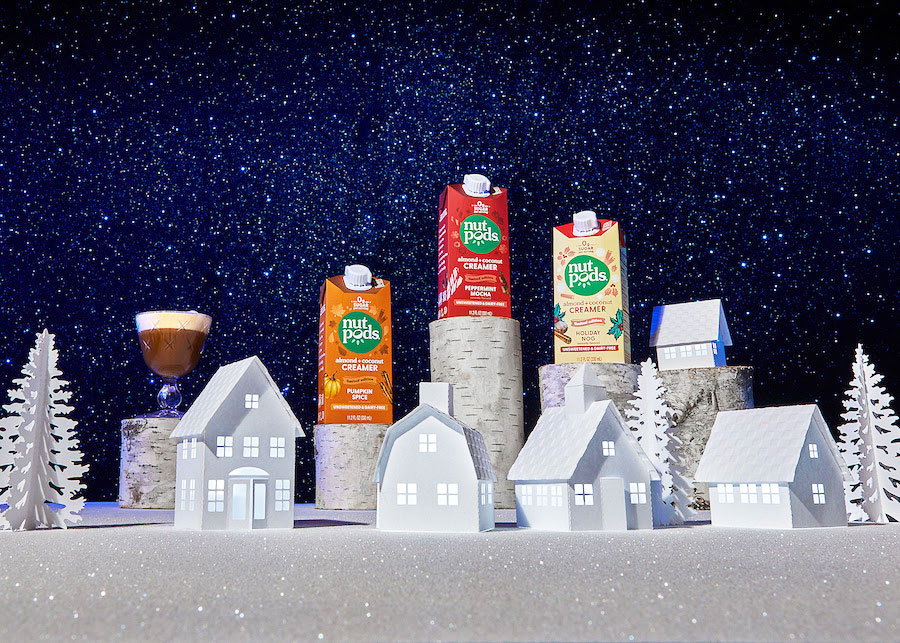 “Growing up, the winter holidays were such a magical time for me and my family,” Madeline Haydon, Founder and CEO of nutpods, said in a statement. “The season was defined by the unique tastes and flavors of eggnog, peppermint and pumpkin pie. I knew when I started nutpods that I wanted to share these flavors, in a coffee context, with our growing family of fans.”

“I Tried These 8 Natural Remedies to Reduce My Cold Symptoms”

Is Agave Syrup Vegan? Is it safe to eat?