It seems that every week in the world of vegan food news is more exciting than the last and this week is no exception. Mary’s Gone Crackers gets into vegan cheesy crackers and they’re just like Cheez-Its. Chickpea pasta brand Banza’s new DIY “Masterpiece’zas” kits encourage kids to create art atop plant-based pizzas. And American Airlines is treating first-class passengers to vegan cookie dough bars. Read on for more.

Over the years, Mary’s Gone Crackers variety of organic, gluten-free crackers has served many snacking needs. This week, the company is taking vegan snacking to the next level with its new Mary’s Gone Cheezee Plant-Based Crackers. Available in Cheddar and Cheese & Herb flavors, the vegan crackers are reminiscent of popular Cheez-Its but without any dairy products.

“Our newest offering is a delightful testament to the future of vegan and gluten free alternatives,” Jason Galante, Mary’s Gone Crackers Vice President of Sales, said in a statement. “The crackers taste of tangy cheddarosity that you would never be able to tell is 100-percent vegan.”

Banza is all about chickpeas and uses the legume to make just about every pasta shape. However, did you know that Banza makes vegan pizzas, too? The company offers a plant-based cheese pizza made atop its chickpea crust. To help parents during the back-to-school season, Banza recently launched “Masterpiece’zas,” kits that allow kids to create their own artwork in the form of pizza. One of the two kits ($49.99) is fully vegan and comes with three pizza crusts as “canvases,” Gotham Greens vegan pesto “paint,” sliced veggies from Farmer’s Fridge for adding pops of color, Tupperware’s deco pens for decorating, oregano for final touches, and a pair of scissors. 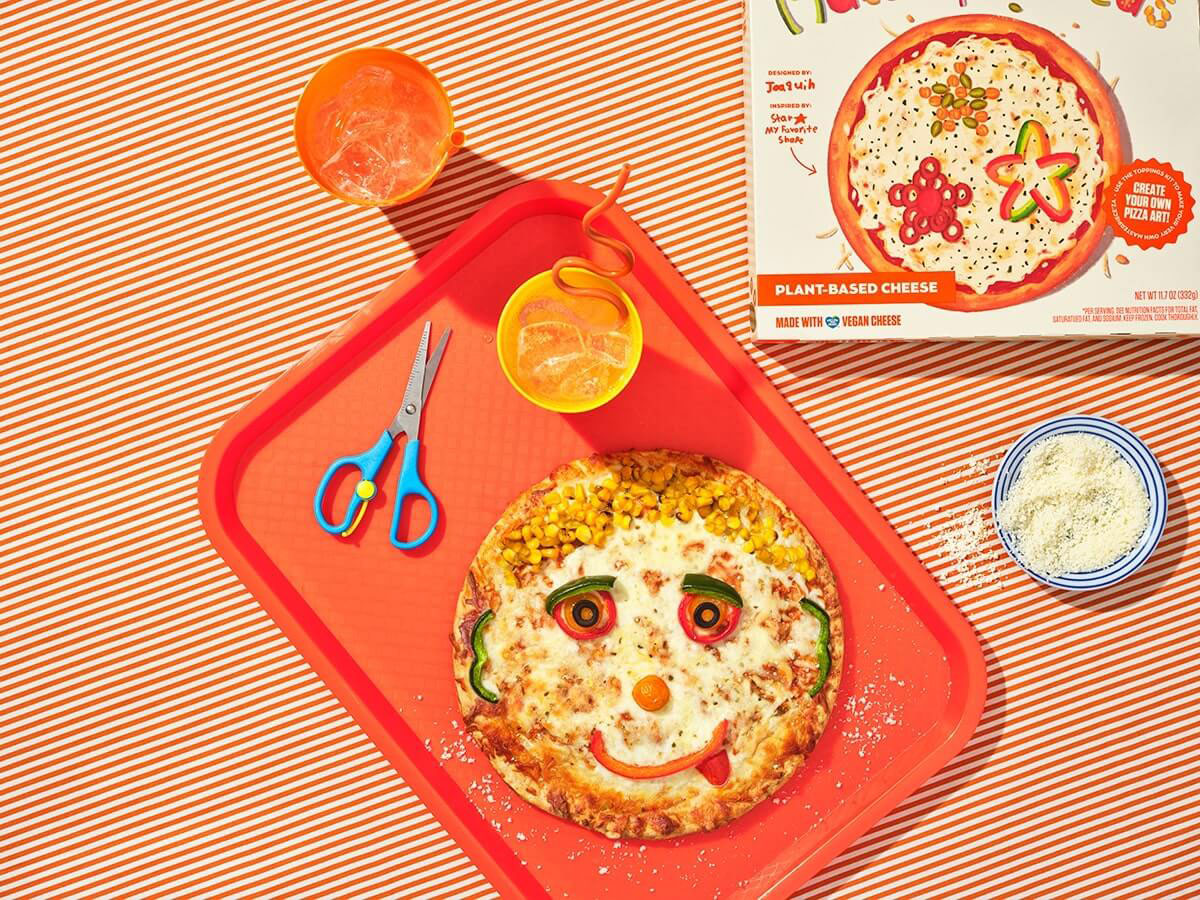 “We created Banza Masterpiece’zas to inspire creativity and joy around a nutritious dinner,” Banza CEO and co-founder Brian Rudolph said in a statement. “Chickpeas are one of the best foods for human health and the environment. To celebrate the versatility of the ingredient and the love for pizza, we’re challenging our community to use Banza’s pizza crust as a canvas for art.”

Banza worked with three young artists from two community-oriented art programs to create the artwork for its “Masterpiece’zas” boxes and inspirational booklets. To give back to kids, 50 percent of sales from the pizza kits will be donated to Whole Kids Foundation, a nonprofit founded by Whole Foods Market that works to support schools and inspire families to improve children’s nutrition and wellness.

3Meatier vegan pizzas and burritos, too 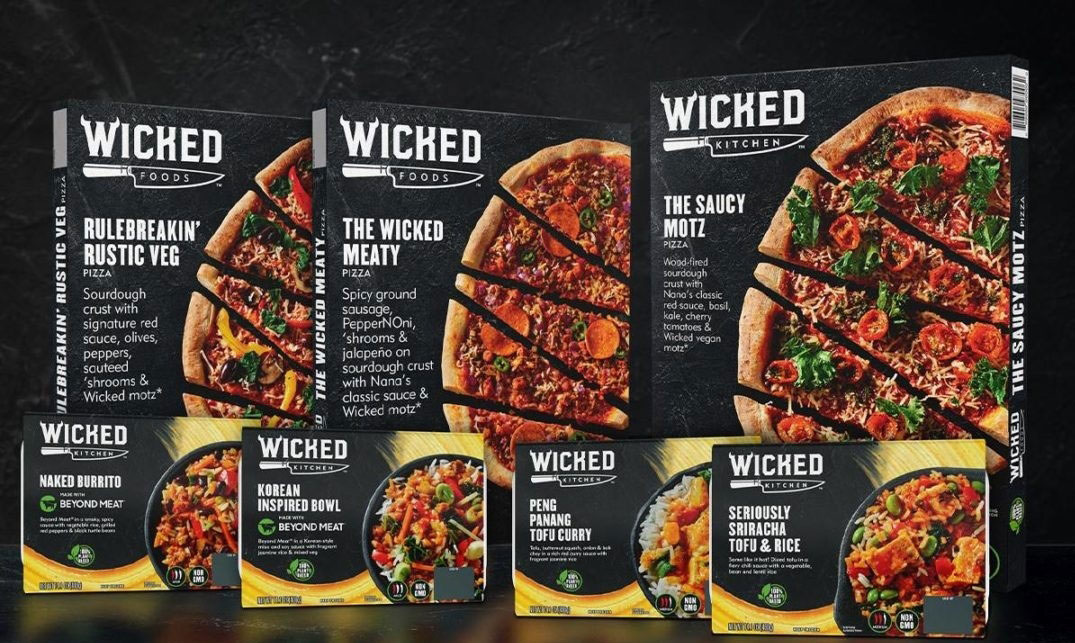 “In true Wicked style, we are raising the bar in the convenient meal space. Our chef-crafted, vegan meal solutions make it easier than ever for everyone to ‘taste the world’ with dinners on the table in minutes,” Derek Sarno said in a statement. “Handcrafted and delicious, our pizzas are unlike any others in the frozen aisle. They feature big-flavor ingredients, hand-stretched wood-fired sourdough, and a second-to-none plant-based ‘motz’ with amazing meltability. Our frozen entrées and meal kits kick ass and provide a super convenient way to whip up amazing, inspired flavors to satisfy any palate, any day of the week.”

With the new launch, Wicked Kitchen offers the largest assortment of plant-based products in the consumer packaged foods (CPG) space in the United States. Its products are also available in Finland and are coming to Thailand this fall.

In-flight snacks and meals are getting better by the day and this week, American Airlines added a vegan chocolate chip cookie dough bar to snack baskets for first-class passengers on domestic flights. The new sweet snack is made by Whoa Dough, a company founded by concerned dad Todd Goldstein whose two sons are gluten intolerant. The snack bars are made with allergen-friendly ingredients such as whole-grain oat and chickpea flours but the company promises they taste just like cookie dough. 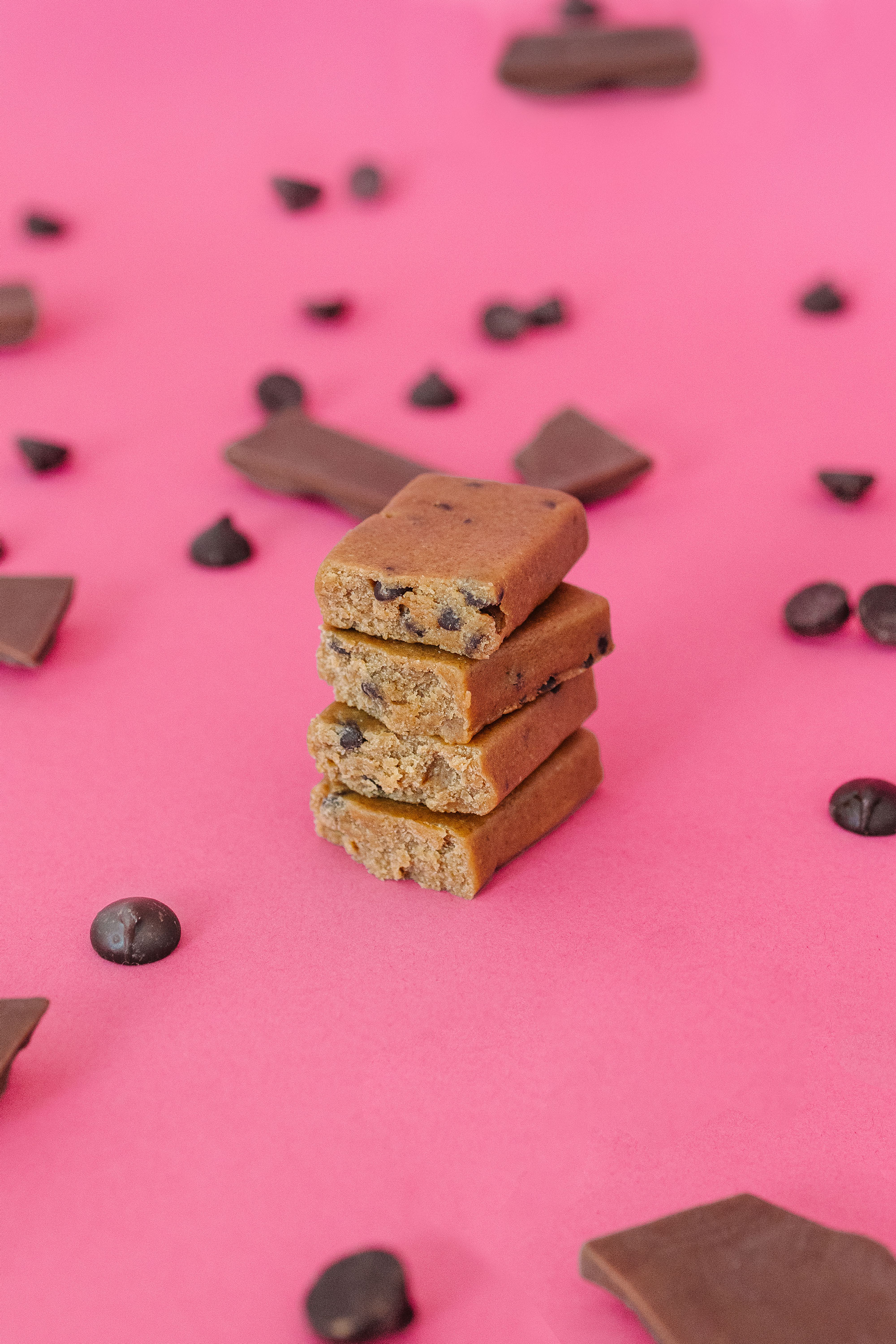 “Skies really is the limit for Whoa Dough now that American Airlines, the largest airline in the world, will be offering first-class passengers our tasty, plant-based snack bars that are also gluten-free,” Goldstein said in a statement. “Having a major airline carry our line is incredibly exciting for us, as we are eager for Whoa Dough to be enjoyed by millions of travelers every day who are looking for a healthier all-natural snack—without compromising on taste during their flight.”

5Abe’s gets into mini muffins with Minions

Abe’s vegan muffins have gained a cult following over the years, including from social media sensation Tabitha Brown. This week, the beloved company is taking it up a notch with the release of a new mini-muffin flavor made in partnership with Universal Pictures Home Entertainment and Illumination Entertainment to celebrate its fim Minions: The Rise of Gru. 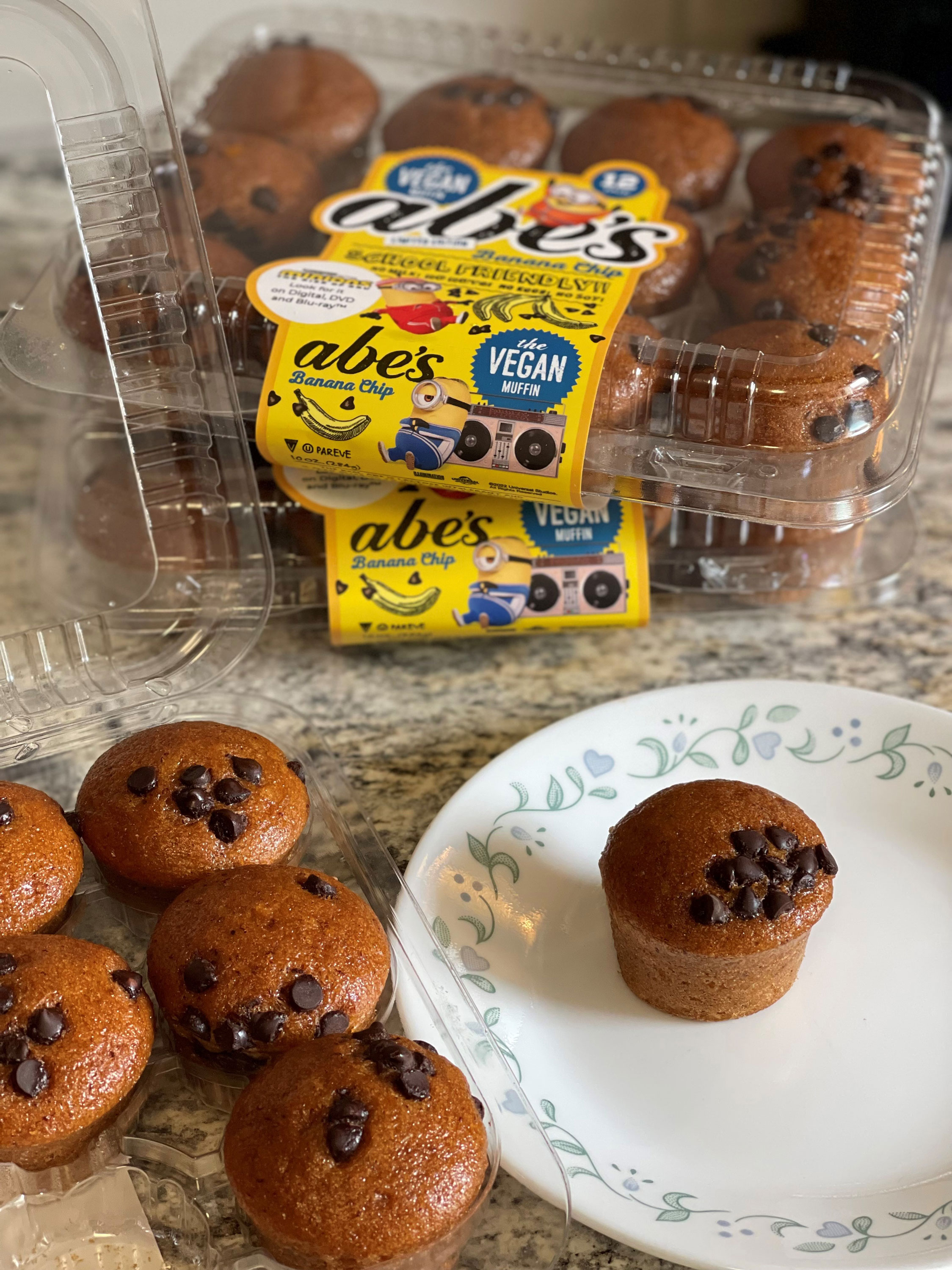 The new Banana Chip flavor starts with Abe’s banana bread as a base that is sprinkled with chocolate chips and made extra adorable by being baked into tiny muffins. The new mini muffins are school-friendly as they are free from the most common food allergens.

“Our banana pound cake is a best-seller, and we anticipate the muffins doing very well with our existing fans, but the Minions collaboration is really about the kids,” Abe’s co-founder Marty Koffman said in a statement. “Creating a fun treat that kids with dietary restrictions or food allergies can enjoy along with everyone else is what we’re all about.”

This Company Is Giving Away Free Slices of Vegan Pizza. The Deets