It seems that every week in the world of vegan food news is more exciting than the last and this week is no exception. Vegan seafood news is swimming in from women-run companies Atlantic Sea Farms (which just released burgers made with kelp and green chickpeas) and New Wave Foods (which is launching Cajun Breaded vegan shrimp into the foodservice sector). Vegan chicken is having a moment, too, with a new product line from Dr. Praeger’s and new menu options at coffee chain Bluestone Lane courtesy of Daring Foods. Read on for more.

While not all vegan, the Dr. Praeger’s brand has been making plant-based products for 25 years and this week, the company expanded its vegan chicken offerings. Added to its Perfect line, the new products are Perfect Chick’n Tenders, Perfect General Tso’s Chick’n, and Perfect Nashville Hot Chick’n.

The company developed these new products in response to the popularity of similar plant-based chicken products at chains such as Panda Express (where Beyond Orange Chicken launched earlier this year for a limited time) and Burger King (which tested Impossible Chicken sandwiches at select locations this year).

“We are excited to expand our chick’n offerings with three new products we know our consumers will love,” Ken Krasnow, EVP & Chief Marketing Officer at Dr. Praeger’s said in a statement. “These new [products] provide the perfect combination of great taste, health, and variety that Dr. Praeger’s is known for.” 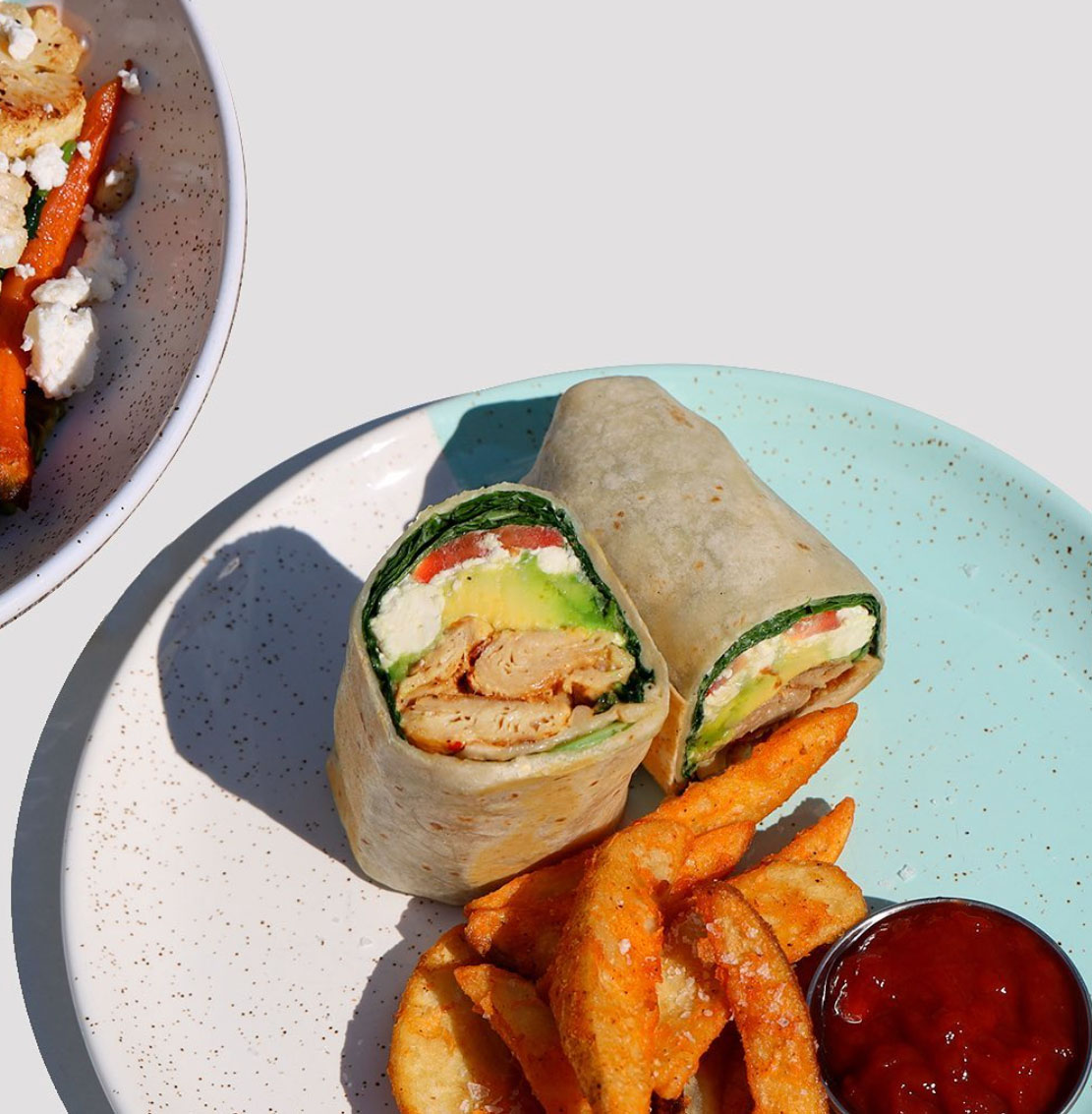 “Many of our locals follow a plant-based lifestyle, and we have been looking for the right partner for a plant-based chicken offering,” Nick Stone, Founder and CEO of Bluestone Lane, said in a statement.

“Daring’s chicken substitute is the perfect fit, thanks to its clean, simple ingredient profile and process, as well as its delicious flavor and texture that complements many of our most popular menu items,” Stone said.

“We are thrilled to begin a partnership with such a well respected restaurant like Bluestone Lane and are honored to be their first plant-based protein offering,” Daring’s Founder and CEO Ross Mackay said in a statement. “We are confident that through this expansion we can show customers just how tasty plant-based swaps can be, and in turn those small changes can make a massive impact.”

With the holiday’s around the corner, there is no better time to stock up on festive items and vegan cheese brand GOOD PLANeT Foods has just the thing. The brand just launched White Cheddar and Cranberry, a limited-edition holiday cheese flavor. Available as Snackable Wedges and Smoked Wheels, the new flavor is hitting Giant and Sprouts stores right now. 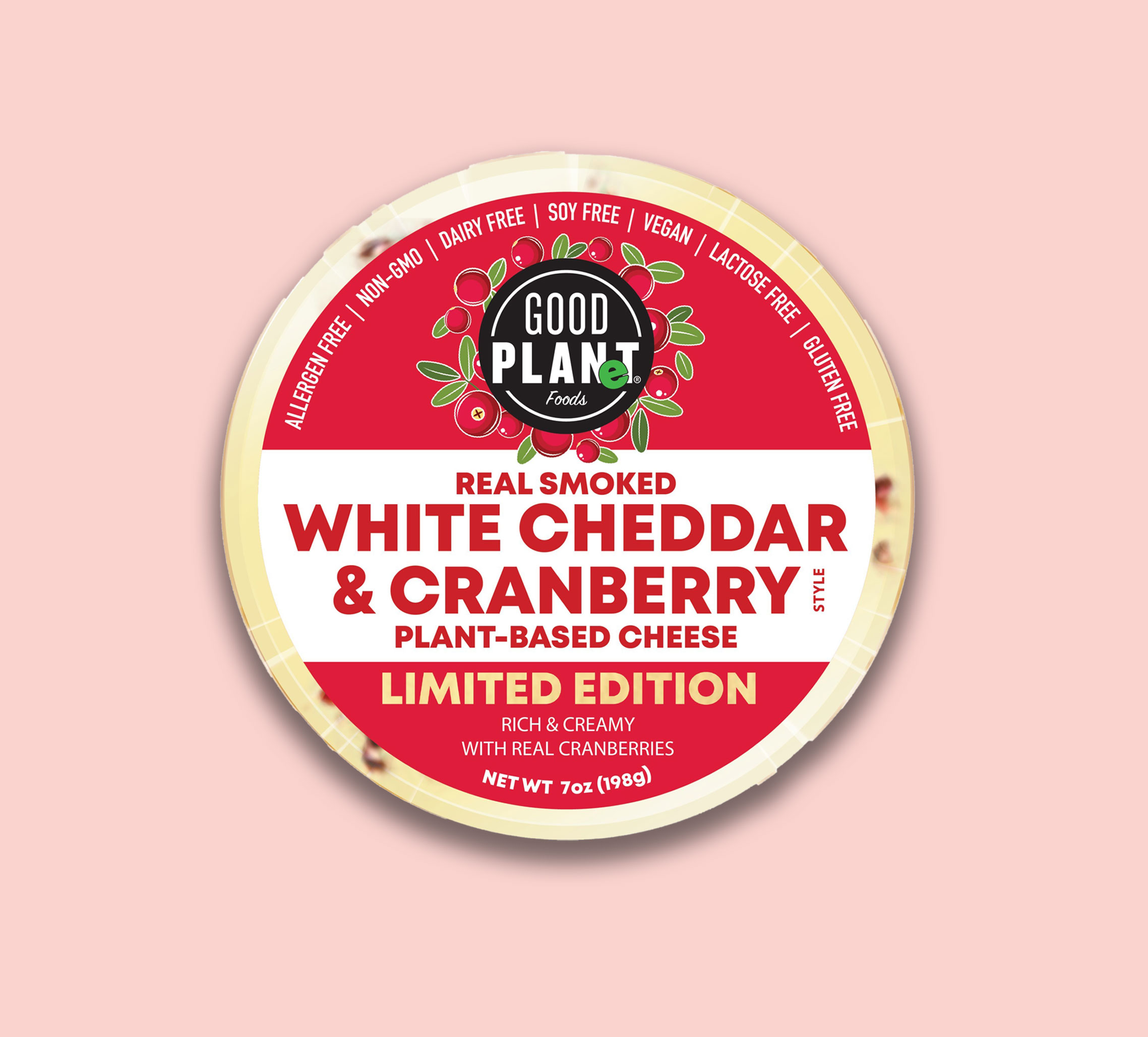 “Consumers are looking for new ways to enjoy plant-based foods, and these festive, seasonal flavors provide this,” Co-CEO Bart Adlam, GOOD PLANeT Foods said in a statement. “GOOD PLANeT Foods will continue to create unique offerings that bring the joy of cheese to all.” 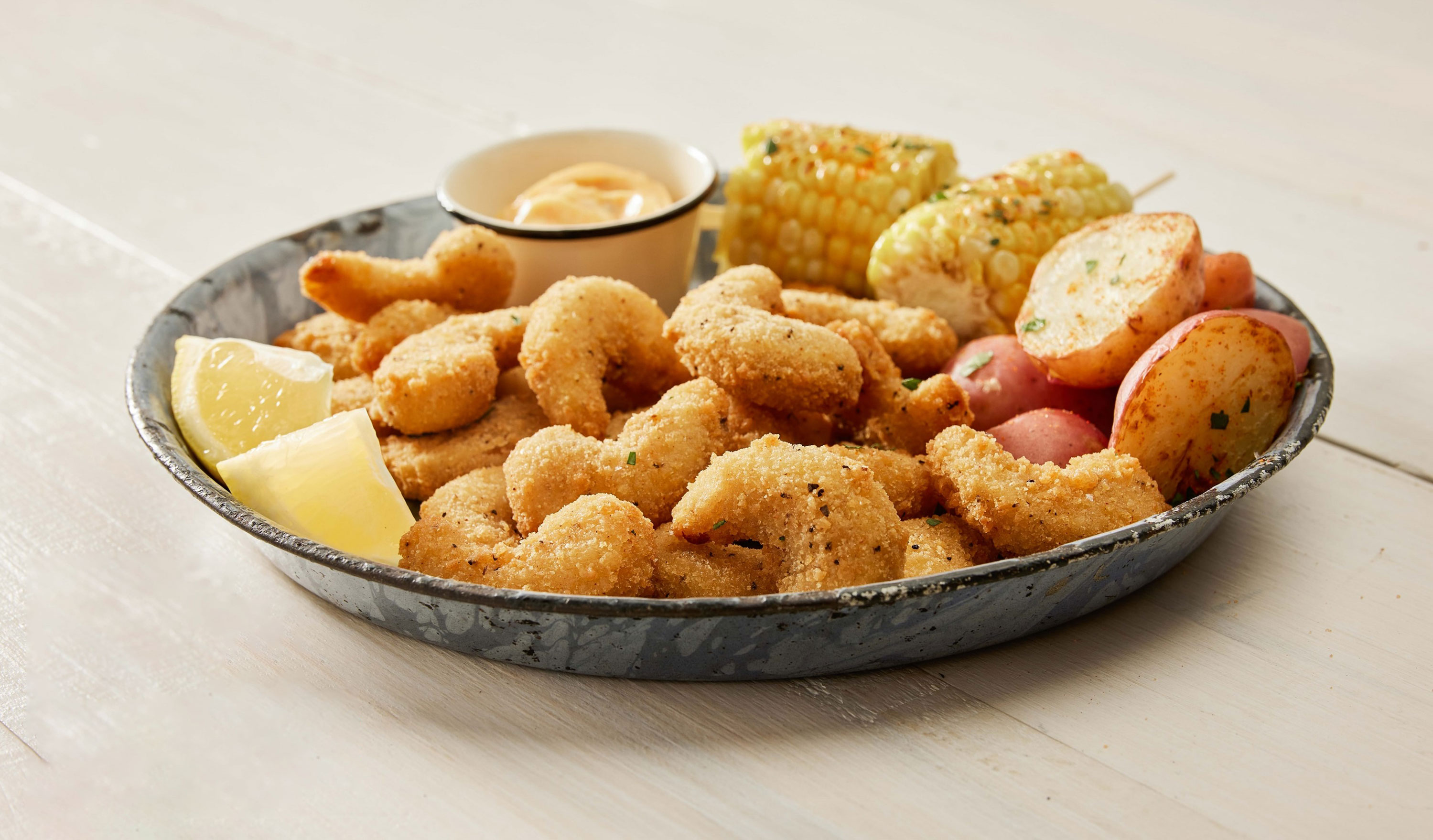 The new product joins the company’s original vegan shrimp in pushing forth New Wave’s mission of saving the world’s oceans by creating vegan seafood that is indistinguishable from its fish-harming counterparts.

“Consumers want rich, exciting flavors and for operators who are looking to plate a classic shrimp option with some heat, Cajun is a no-brainer,” New Wave CEO Michelle Wolf said in a statement.

Made from sustainably sourced seaweed extract and plant protein, the Cajun Breaded New Wave Shrimp is partly fried and can be prepared in a convection oven, high-speed oven, or fryer.

New Wave’s products also come with additional benefits for foodservice operators. “All of our New Wave Shrimp offerings, including the new Cajun flavor, are free from cholesterol, shellfish, and seafood allergens,” Wolf said. “Operators don’t have to worry about cross contamination or any extra cleaning and disinfecting from shellfish.”

And vegan burgers are getting a sea vegetable makeover this week courtesy of Atlantic Sea Farms, a women-run, Maine-based regenerative kelp company. A new take on “surf and turf,” the new Sea-Veggie Burgers are made with a combination of sustainable kelp and green chickpeas. 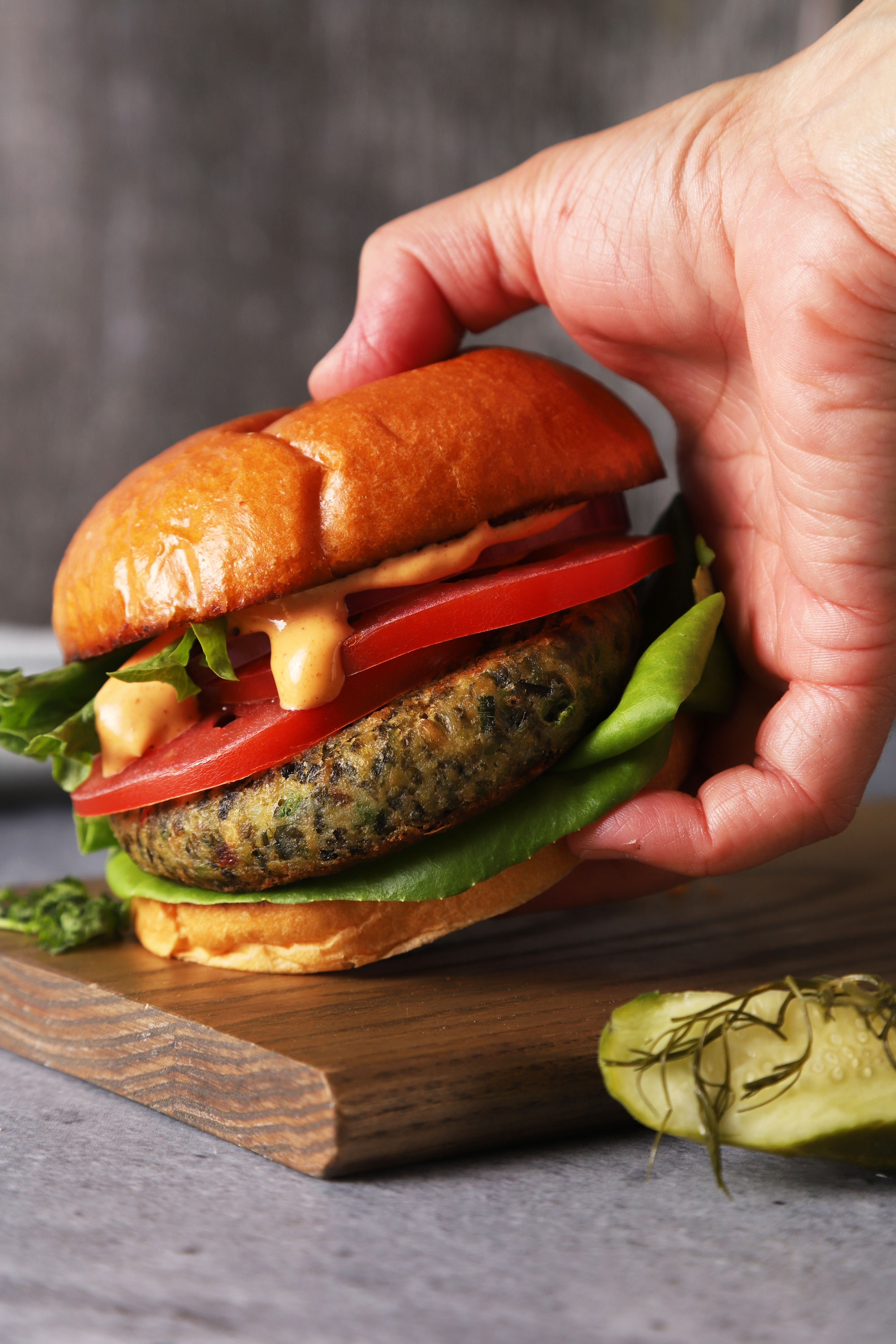 “Our new Sea-Veggie Burgers amplify the principles that drive Atlantic Sea Farms’ entire product line of award-winning, responsibly-made kelp products. They include the same delicious, nutrient dense, fresh kelp—line-grown by our partner fishermen farmers in Maine’s clean, cold waters—that we use in everything we make,” Atlantic Sea Farms’ CEO Briana Warner said in a statement.

“As a result, these climate action products help support local farms and ocean health, all while giving you a delicious, climate-friendly, plant-based, superfood boost,” she said. “They speak to our mantra, ‘good food should do good.’”

The vegan burgers are available in Ginger Sesame and Basil Pesto flavors and are hitting more than 300 Sprouts stores, other retailers, and Atlantic Sea Farms’ website this month.