In Seattle, the Climate Pledge Arena—known as the world’s most sustainable arena—just got even more sustainable thanks to a partnership with plant-based company Impossible Foods. On the upper concourse of the arena, Impossible Foods has set up a test kitchen where it is developing new menu items.

The arena is home to NHL team Seattle Kraken, WNBA team Seattle Storm, and an event space with a hyper focus on bringing sustainable practices to the sporting industry. When it comes to food practices, the Climate Pledge Arena does serve animal products but aims to source its food ingredients locally to lessen its environmental impact.

Its partnership with Impossible Foods helps to give sports lovers a meat option with a much smaller environmental footprint than animal-derived meat.

One vegan option is Impossible Chicken Nuggets, which are served with fries and barbecue sauce. The Impossible Cheeseburger is also now the official burger of the Climate Change Arena. 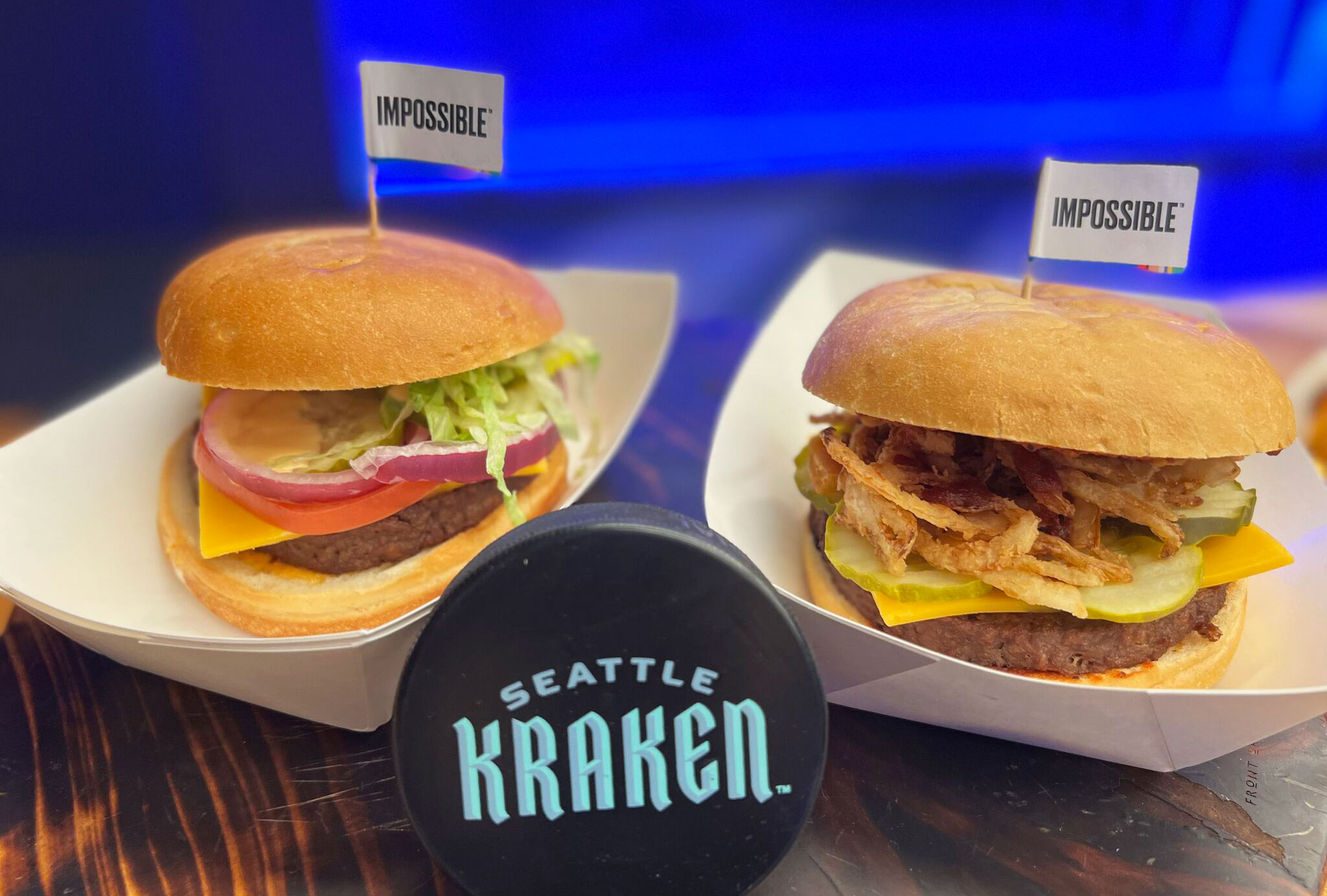 “The arena is totally state of the art,” Peter McGuinness, Impossible Foods CEO, posted on LinkedIn. “From its incredible design and food offerings to the fact that it’s the first net zero certified arena in the world. Our partnership with Climate Pledge Arena is a great example of how we can work together to infuse sustainable practices into more industries. [I] really hope to see more of this.”

The facility was originally built for the 1962 World Fair and was refurbished and redesigned with the aim of setting the precedent for sustainability within the sporting arena space. 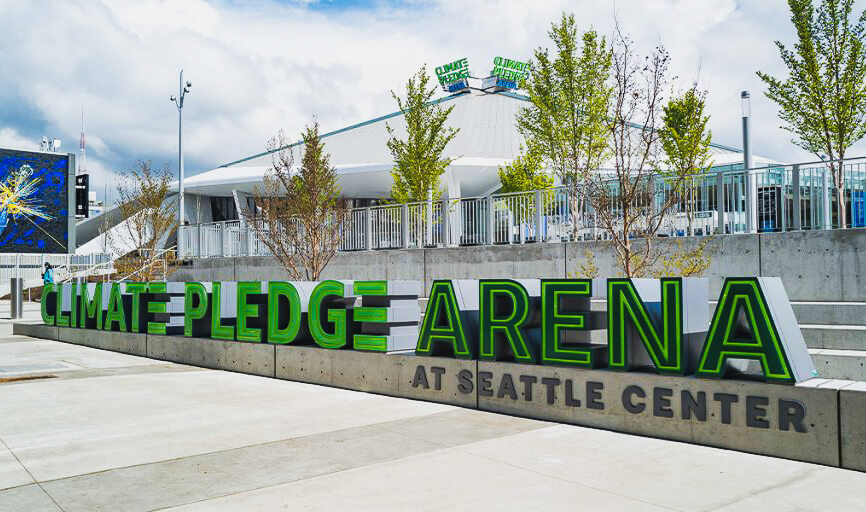 What’s so special about the Climate Pledge Arena? The arena preserves elements from its past—such as a roof designed by Paul Thiry and 67 carbon-capturing London Plane trees—while incorporating new features, including a 200-foot living wall filled with plants, an atrium roof with solar panels that help power the stadium (which runs exclusively on renewable energy), and making ice for NHL games with rainwater sourced from its roof.

The all-electric arena was built with accessibility as a main design feature and helps guests make more environmentally friendly transportation choices with a unique feature that makes all Seattle Kraken and Storm tickets into free public transit passes on event day.

The Climate Pledge Arena approaches food with a sustainable lens, as well. To lower emissions, 75 percent of food ingredients are sourced within a 300-mile radius of Seattle. The arena will compost, recycle, remove single-use plastics by 2024, and is working with local nonprofits to reduce food waste. 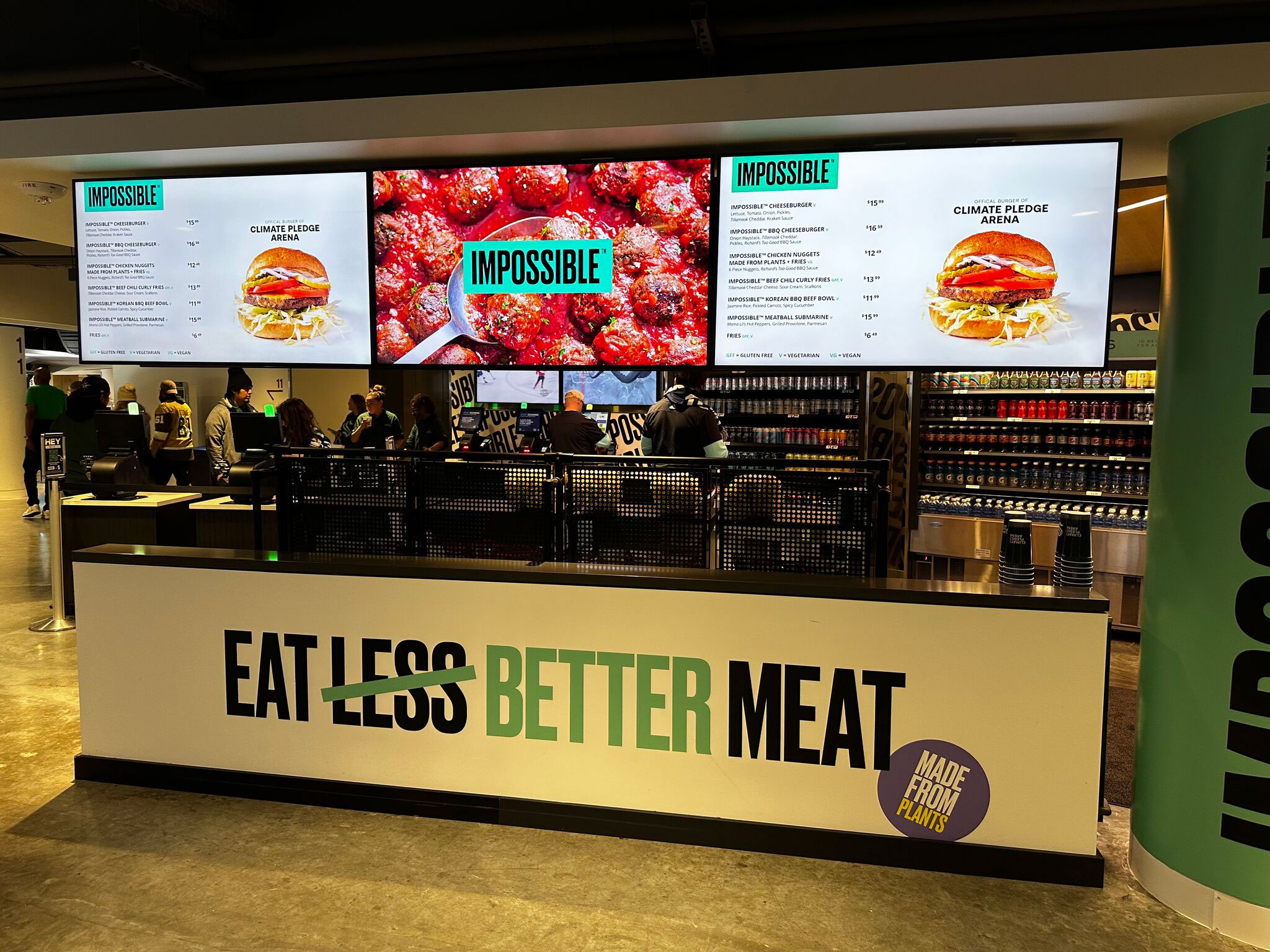 Food at sports stadiums and arenas has traditionally leaned heavily on animal products with hot dogs and hamburgers at every concession stand. However, plant-based companies like Impossible Foods have reimagined these items, showing that animal meat is not necessary to have these meaty meals. And Impossible Foods is not the only company working to make concessions more sustainable.

This month, Minnesota Timberwolves fans got a vegan concession at the NBA team’s home arena, the Target Center in Minneapolis. Vegan food company Wicked Kitchen tasked co-founder and chef Chad Sarno with creating a craveable concession menu and he delivered with items such as Grilled Chorizo Brats, Jalapeño Gouda Burgers, and Meatball Subs. 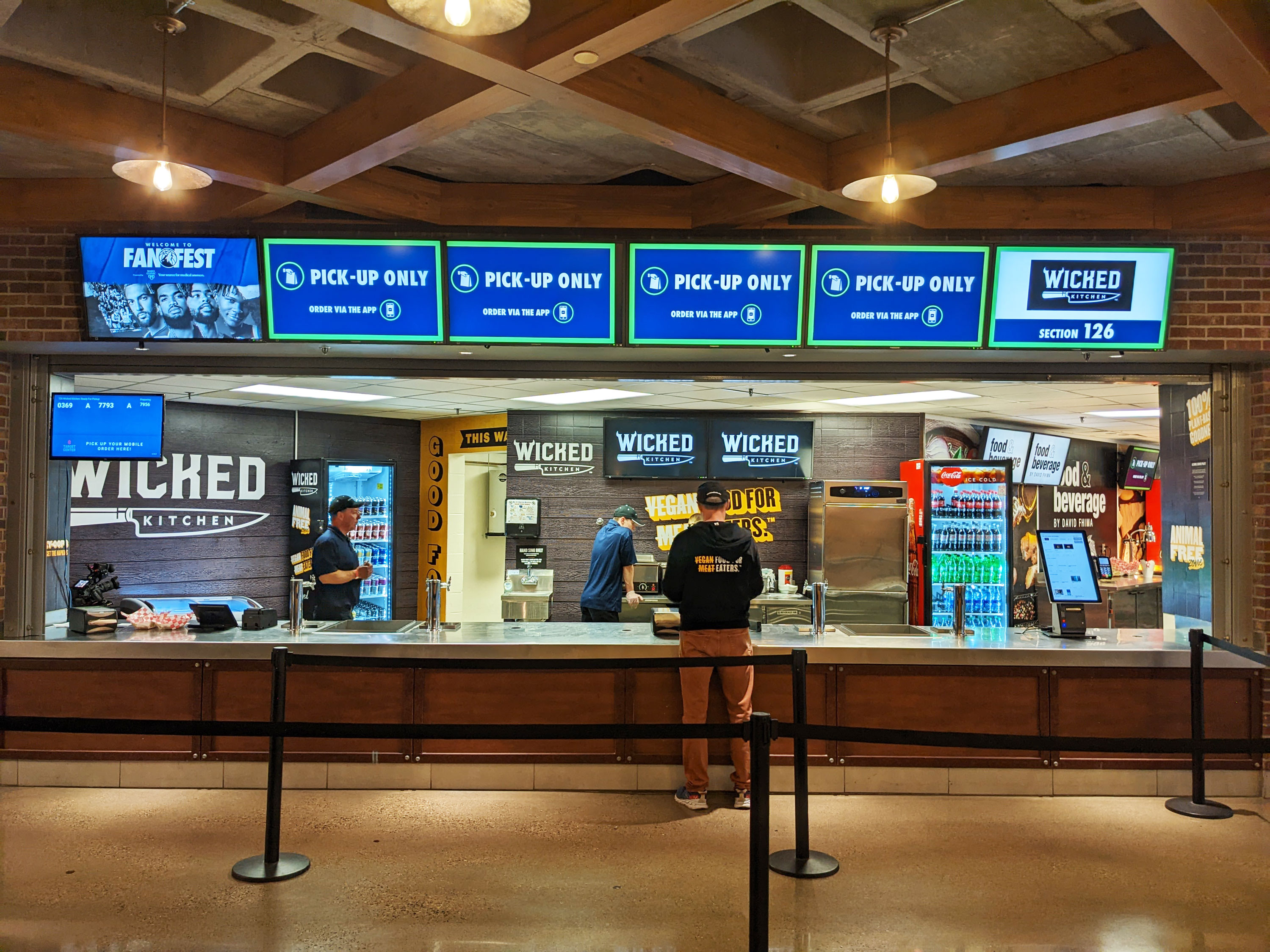 Flavair Review: The Most Elite Club For Spirit Enthusiasts?