Starbucks Pink Drinks, ‘Sex in the City’ Pudding, and More Vegan Food News of the Week

It seems that every week in the world of vegan food news is more exciting than the last and this week is no exception. Magnolia Bakery—the one whose cupcakes were made famous by Sex in the City—is launching its first vegan dessert. New breakfast pockets are here from Mings Bings in four JUST Egg-stuffed flavors. Hong Kong’s OmniPork is helping give Kenchen Ramen’s DIY Kits a vegan spin on the porky soup. And Starbucks’ Pink Drinks are getting bottled up. Read on for more.

New York City-based Magnolia Bakery made an appearance in Sex in the City in 2000, where Carrie (Sarah Jessica Parker) and Miranda (Cynthia Nixon) shared cupcakes and kicked off a cupcake craze that would last for years.

In addition to cupcakes, Magnolia—which now operates locations in NYC, Chicago, and Los Angeles—is also locally famous for its banana bread pudding. This week, the bakery chain is making its first foray into vegan options with the launch of vegan banana pudding.

Magnolia developed the plant-based dessert after learning that “vegan” was the top search term on its website.

“We couldn’t think of a better product drop than a vegan version of our most popular dessert,” Sara Gramling, Vice President of Public Relations at Magnolia Bakery, tells VegNews.

Magnolia’s first vegan dessert is available for a limited time through October 26 at its Los Angeles location in a medium size ($12) while supplies last.

Could other locations, including the NYC one made famous by Sex in the City, get the vegan treat, as well? “We’re really excited to launch our first-ever vegan dessert in LA and get feedback from customers and our team,” Gramling says. “We’ll use that info to determine potential next steps for the vegan banana pudding.”

Starbucks Pink Drinks—and spin-offs like Dragon, Pineapple, and Guava Passionfruit Drinks—all started from a customer hack. The coffee chain noticed that customers repeatedly ordered its Strawberry Açai Refresher with coconut milk instead of water to create a creamy, vegan-friendly Instagram sensation. In 2017, Starbucks added the Pink Drink to its secret menu and the rest is history. 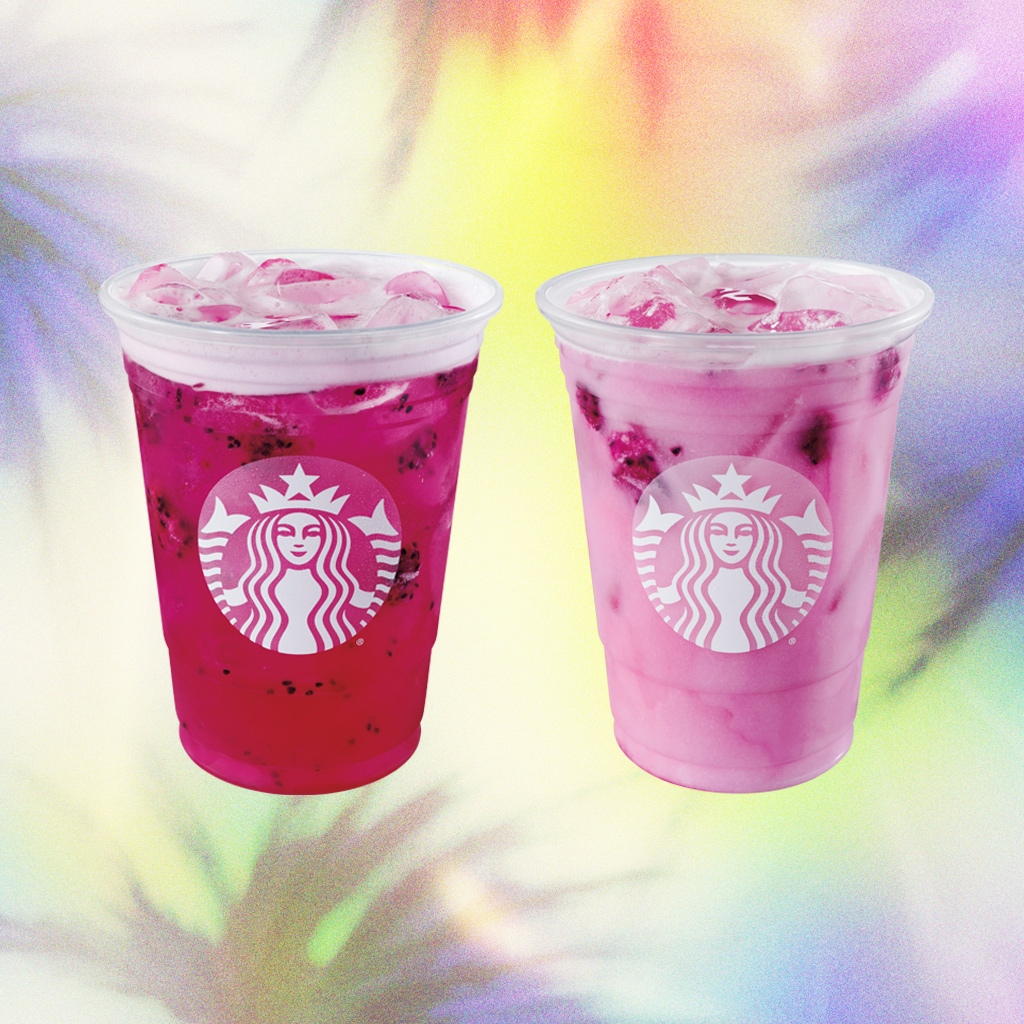 In 2023, Starbucks will lean even further into the vegan drink by bottling it for retail. At the recent National Association of Convenience Stores (NACS) trade show in Las Vegas, PepsiCo—which is in a partnership with Starbucks—unveiled a first look at the forthcoming drinks.

From the teaser, the new Starbucks bottled vegan beverages will come in Pink Drink and Paradise Drink (pineapple passionfruit) varieties. 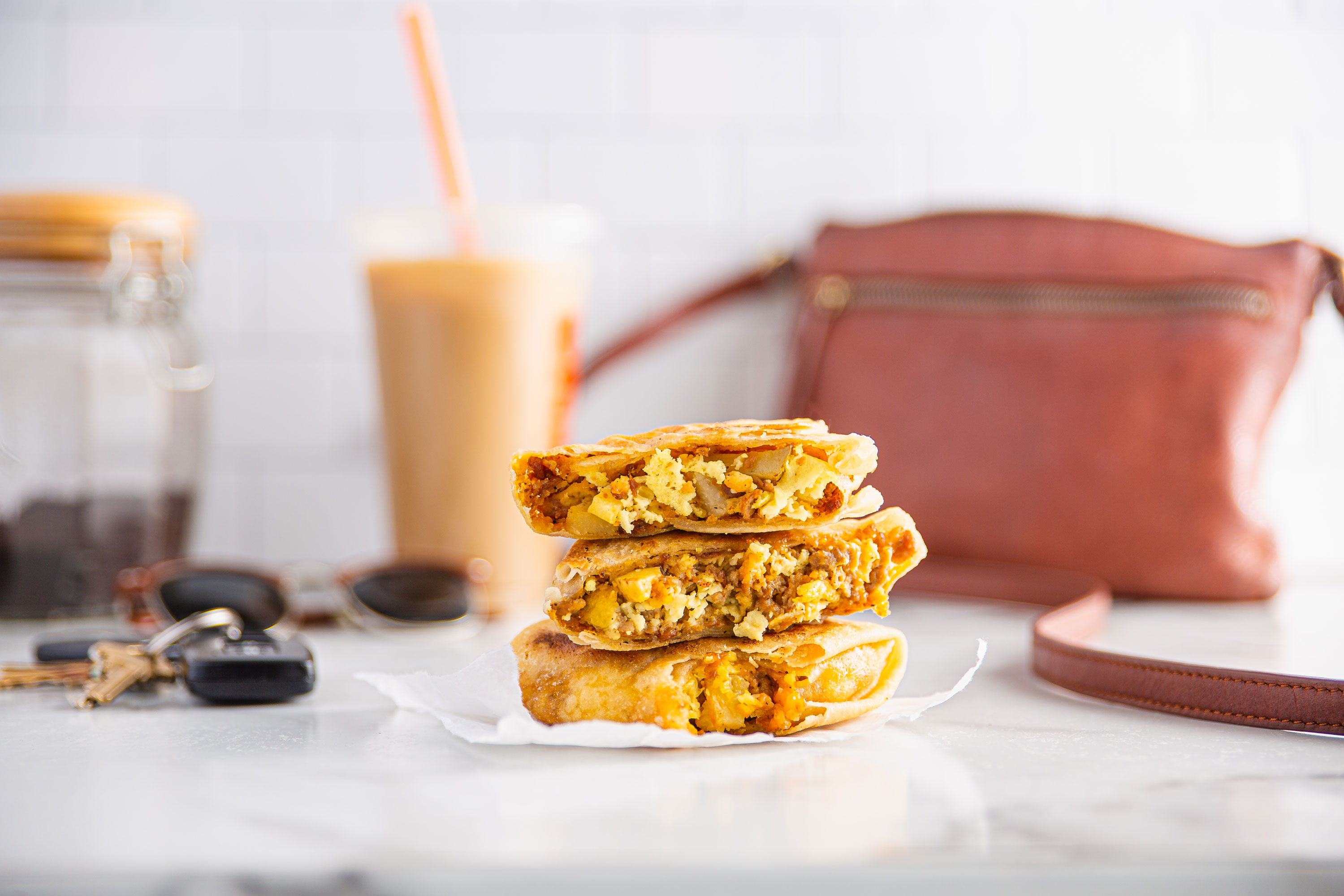 For anyone heading to the Food Network New York City Wine & Food Festival this weekend, Chef Tsai will be cooking up the vegan breakfast pockets and giving out samples. Otherwise, the new line is available for purchase through the Mings Bings website and will hit retailers in November.

As we head into cooler months, there is no food more comforting than brothy, springy noodle-loaded ramen. And while vegan ramen is not new, a version that leans heavily on pork flavors but without animal products is still a rare find. 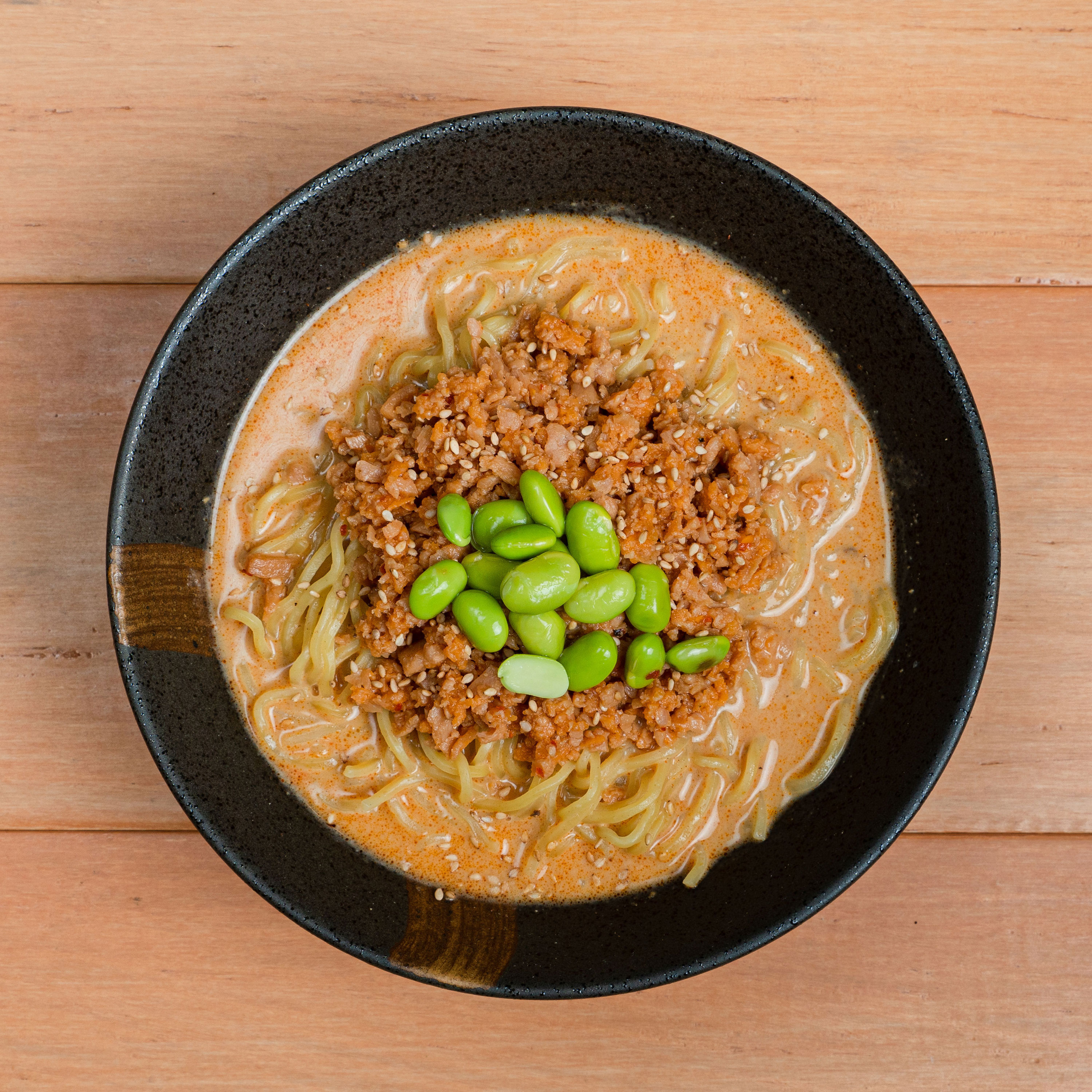 “We chose to use OMNI in our spicy sesame kits because of the amazing texture, and when I first tasted it, I couldn’t believe it was 100 percent plant-based plus its superior nutritional value,” Kenshi (Kenchan) Kobayashi, Kenchan Ramen founder and CEO, said in a statement.

“I’m so excited to share my favorite comfort food and these new delicious vegan options so that you too can be a ramen chef at home,” Kobayashi said.

The OmniPork-loaded vegan ramen kits are available for delivery to customers in Arizona, California, Idaho, Nevada, and Utah.

Rumor has it that Beyond Meat is getting ready to launch ready-made meals in the United Kingdom. New trademark applications for Beyond Meals were noted by local outlet The Grocer, which reported that the brand applied for two trademarks—Class 30, for meals with pasta, rice, and noodles, and a Class 29, for meat alternatives—with the United Kingdom’s Intellectual Property Office.

Domestically, the brand previously filed 108 trademarks with the United States Patent and Trademark Office. While some terms are familiar and expected, others are for potential products that Beyond Meat has not discussed publicly, including Beyond Crab, Beyond Shrimp, and Beyond Tuna in the plant-based seafood space; general terms such as Beyond Brunch, Beyond Bowls, and Beyond Deli; and new categories such as Beyond Eggs.

While we wait for more news about these new meals in the UK, Beyond Meat’s latest plans stateside are quite exciting, as well. The brand is getting ready to launch vegan steak tips and popcorn chicken, which has already been spotted in stores and on menus in the Midwest.

Beyond Meat’s collaboration with Taco Bell is also finally here (and by “here,” we mean Ohio). This week, Taco Bell finally launched Beyond Carne Asada at 46 locations in and around Dayton, OH. The best part? Getting the succulent vegan steak instead of animal meat won’t cost you a penny extra.

Lizzo Opens Up to Vanity Fair: “I’m Not Vegan to Lose Weight”