This week, the Food Network’s cooking competition show Top Chef Canada aired its first vegan episode, which challenged the show’s competing chefs to push the boundaries of their creativity. “This season, our feast will focus on a food philosophy at the forefront of some of the best restaurants in the world,” show host Eden Grinshpan says in the episode. “This is the Top Chef Canada Vegan Feast.”

The episode was part of the show’s tenth season, a monumental season that features chefs from across the country, including the first-ever competitor hailing from the Yukon. In the vegan episode, the chefs were tasked with making as many dishes as possible in 30 minutes. And in the elimination challenge, the competitors had to impress the judges at a vegan feast.

For this challenge, the chefs were given an opportunity to showcase their skills by making a vegan feast featuring plant-based products from vegan cheese brand Violife and margarine brand Becel—both owned by parent company Upfield. The winner was Montreal-based chef Camilo Lapointe-Nascimento with his cucumber granita with white chocolate ganache, white chocolate crumble, and grilled cucumber.

“The chef contestants for Top Chef Canada are continually pushing boundaries with creative dishes, and it was a thrill to watch the judges’ reactions to all the menu items they came up with for this first-ever vegan feast elimination challenge,” Shoshana Price, Head of Marketing, Upfield Canada, tells VegNews. “Camilo’s cucumber granita with white chocolate ganache was so inventive, and we were delighted to see the way Violife Original Creamy was an integral part of that recipe, with Becel’s plant-based butter also included.”

In the episode, Lapointe-Nascimento points out how much he liked using vegan cream cheese for the first time. “To my surprise, it’s exactly the same thing,” he said about the Violife Original Creamy cream cheese. “I”m really happy with the outcome. The texture is beautiful.”

The winner was awarded a $5,000 prize courtesy of Becel and Violife. 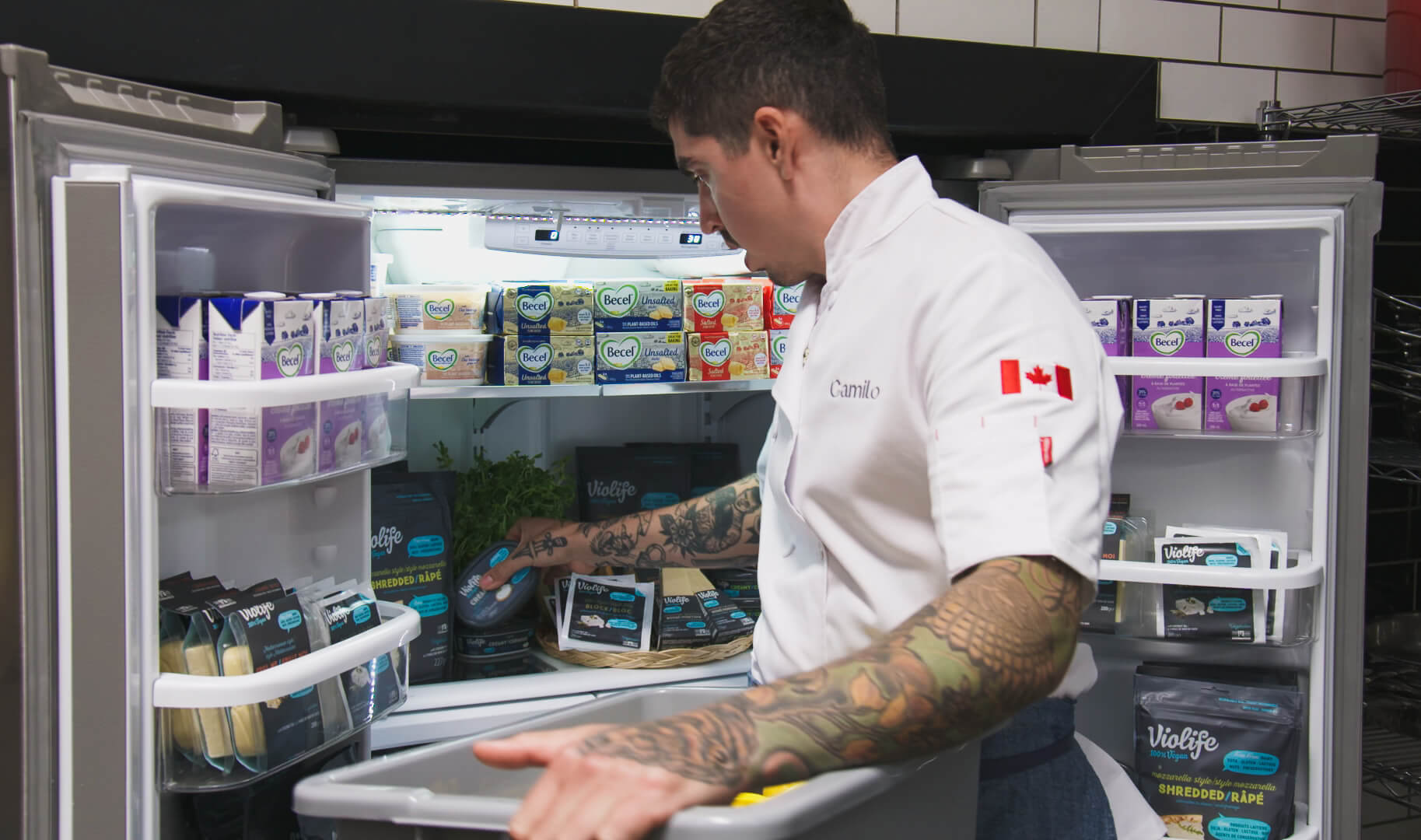 “The talent we’re seeing this season of Top Chef Canada is truly impressive—a testament to the incredible culinary scene in Canada,” Price says. “Overall, the show is a fantastic way for Canadians to recognize just how versatile dairy-free products from Violife and Becel are for a wide range of recipes, with top-caliber chef approval.”

In recent years, veganism has begun permeating mainstream television, with a number of popular cooking competition shows helping to carve out space for this animal-friendly way of cooking and eating.

After winning over the judges with her red potato and coconut milk étouffée in the first round of the competition against Mason, Dyson faced off against Flay in round two, where they each made a plant-based burger. Ultimately, Flay’s smokehouse vegan burgers (topped with dairy-free cheese and oatmilk onion rings) not only fell short of the win but very literally fell apart. It was Dyson’s seitan-based double decker burger, served with gooey cheese and fresh pickles, that officially made her the first vegan chef to win the show. 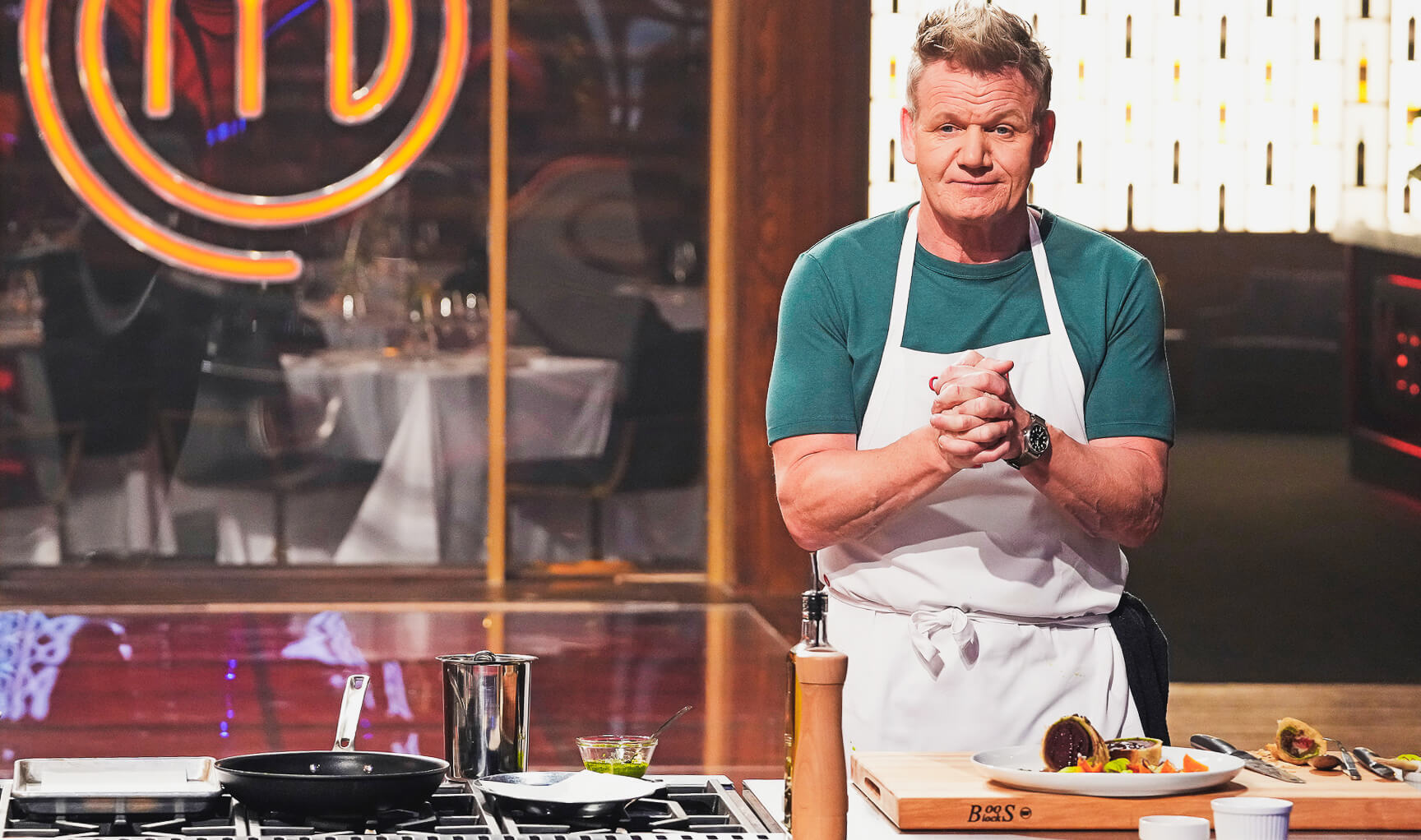 In July, celebrity chef Gordon Ramsay hosted the first vegan cooking challenge on Master Chef. During the show, Ramsay—who was previously a staunch critic of veganism and has been seen slowly warming up to the idea of not eating or cooking with animals—admitted that he secretly loves vegan food.

“After all these years, I can finally admit that I actually love vegan food,” Ramsay said on the show. Before the chef demonstrated his beet Wellington—a vegan twist on the traditional meat dish—he drove home his point one more time. “It’s taken me 20 years to get to this point,” he said.

While many contestants on the vegan episode executed high-concept dishes that you would expect to find in a fine-dining restaurant such as beet tartare, pumpkin arancini, and risotto with tofu scallops, it was Amanda Saab’s falafel recipe that took home the win. She won the challenge by whipping up falafel served with handmade pita, watermelon radish, micro-cilantro, tomato, and pickled red onions.

The Food Network has also finally released a fully vegan cooking show. Hosted by vegan celeb Tabitha Brown, It’s CompliPlated is built around the premise that cooking should be inclusive of everyone at the table. 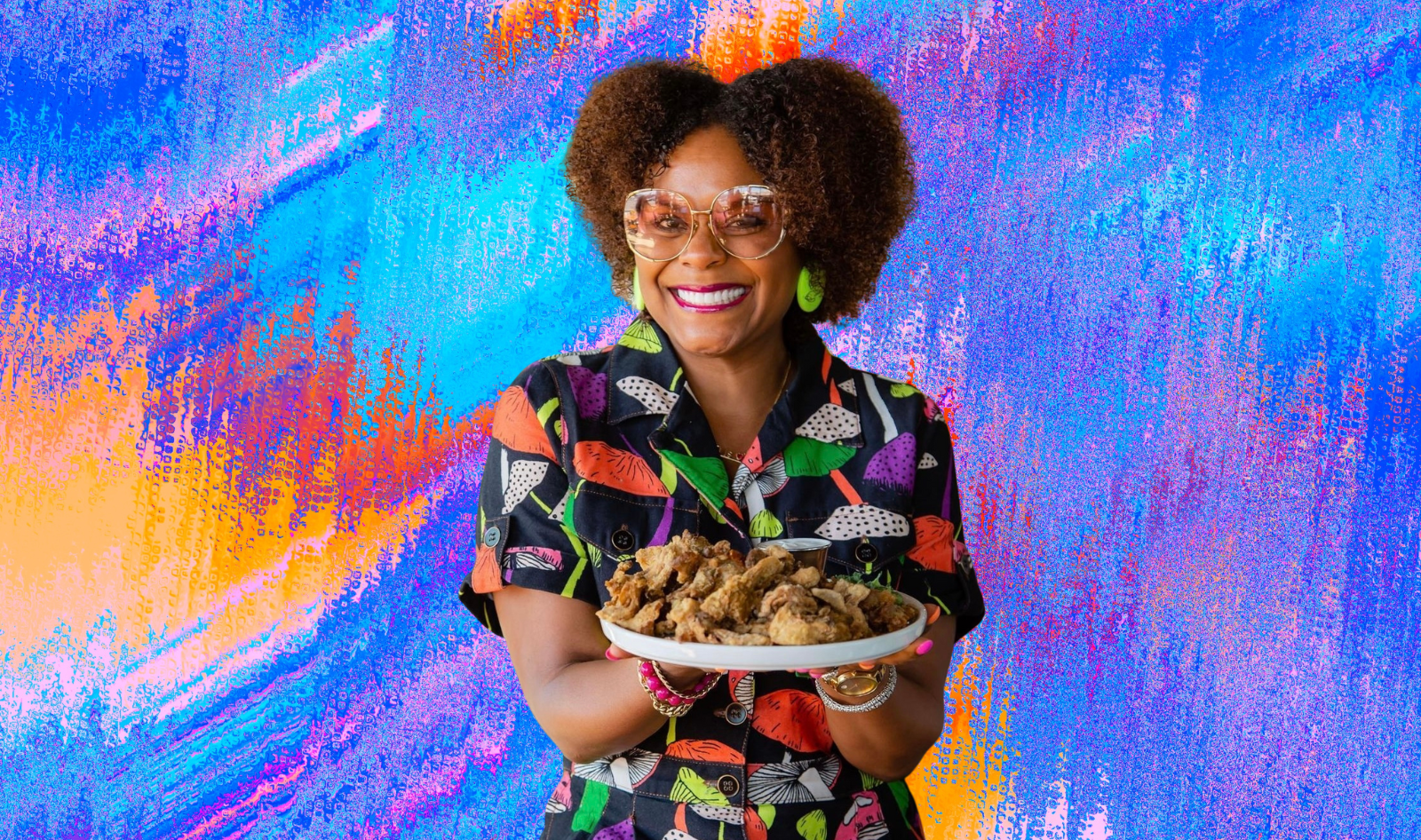 As such, each episode features four chefs who are tasked with creating plant-based dishes for celebrity chef Maneet Chauhan and rotating guest judges who have various dietary restrictions. Some concepts featured on the series include a feast with Southern hospitality, gluten-free noodles, and an Instagram-worthy fruit-and-vegetable feast.

“Becoming vegan changed my life and the way I cook—and I know folks can relate to the daily challenge of making the whole family happy with one meal, so we decided to make a game of it,” Brown said in a statement. “These chefs cook from the heart and their food is mind-blowing—viewers are sure to have a blast and be inspired for their next family dinner.”