It wasn’t that long ago that a dressing-free salad was the only vegan option on fast-food menus. In 2022, if a craving for a juicy vegan burger hits, just about any restaurant can deliver, including Burger King where the Impossible Whopper has become a mainstay. These days, it’s no longer a quest for one vegan option on a menu because entire businesses are now centered around vegan burgers.

It is hard to deny that vegan burgers are still having a big moment but the plant-based movement is not limited to the bun. A variety of companies are looking to revolutionize the deli meat market, a $300 billion global industry, with vegan versions of popular meats from sandwich-ready deli slices to gourmet vegan cheese-stuffed salami.

While pioneering brands such as Tofurky and Field Roast have offered vegan deli slices for many years, newcomers in this space—which includes Prime Roots and Unreal Deli—are looking to take the category to new levels. Hungarian brand Plantcraft has been wowing Europeans with its plant-based takes on deli favorites such as pepperoni, salami, ham, and pâté. This month, Plantcraft brought its vegan bologna stateside for the first time through a partnership with Plantega, a vegan concept that aims to democratize vegan food by making it accessible through local bodegas (or corner stores) in New York City.

“Our goal is to make plant-based food easier to access everywhere,” Nil Zacharias, founder and CEO of Plantega, said in a statement. “Our menu features iconic sandwiches that are familiar to New Yorkers and make it easier and more enticing to try something plant-based. Our new Limited Edition Classic Bologna Sandwich featuring Plantcraft’s 100-percent plant-based Bologna is a great example of incentivizing consumer trial with something familiar and satisfying. We know it will be a huge hit for hungry consumers looking for delicious plant-based options, and for our local bodegas who are keen to embrace the future of food and serve better options in their communities.”

In addition to Plantcraft, South Korean brand UNLIMEAT just announced that it finished developing plant-based mortadella and pepperoni in partnership with Bayerische Fleischerschule Landshut, an institute in Germany that specializes in charcuterie and helped UNLIMEAT make sure its plant-based meats—made succulent with a new vegan fat formulation—mimicked their European originals. 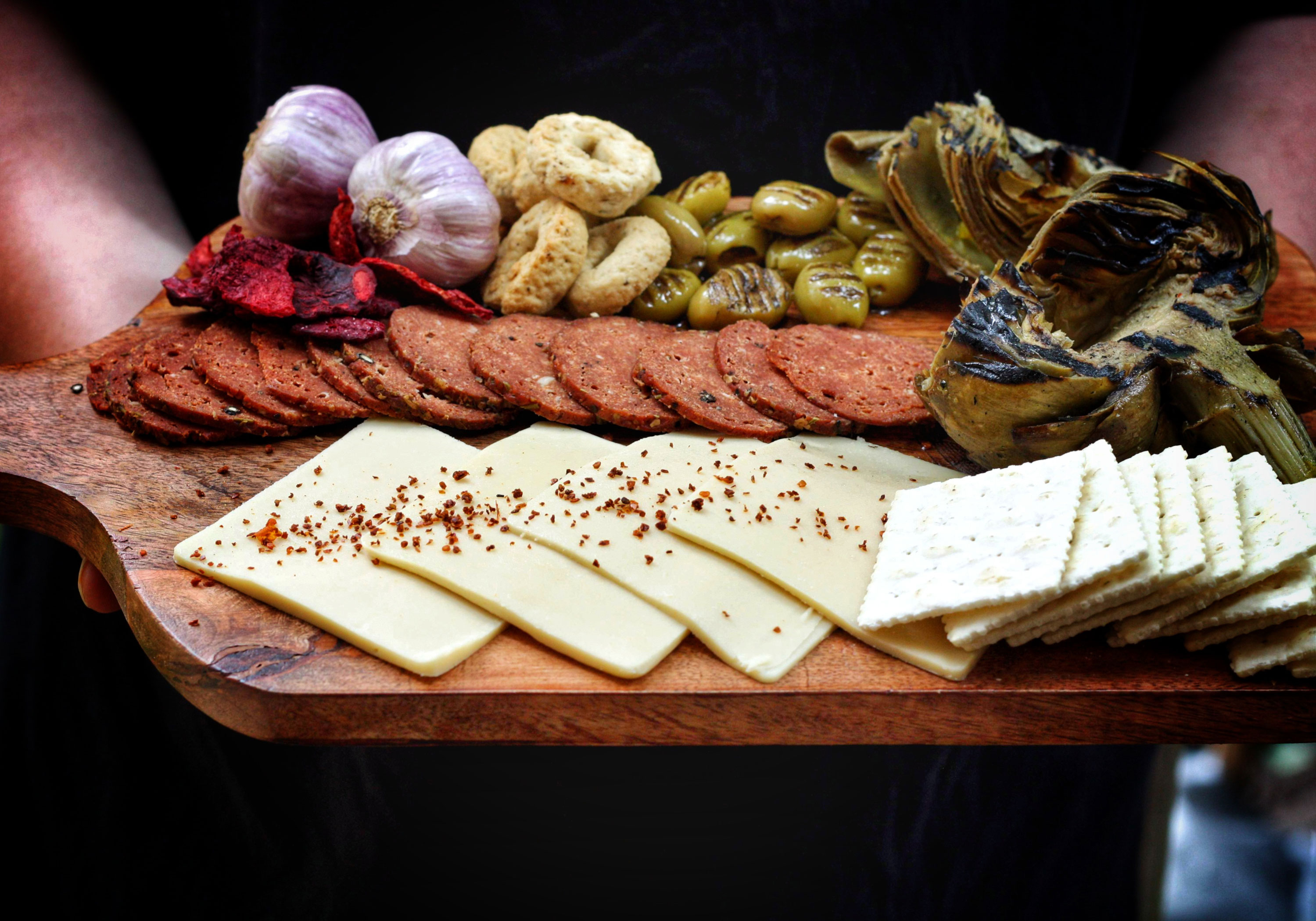 Vegan charcuterie at its finest

The Uncreamery is also based in Northern California and specializes in gourmet nut-based vegan cheese such as Truffle Brie, Dill Havarti, and Ghost Pepper Jack. Founded by Lisa Myaf and her partner Mark Charette, the company has been perfecting dairy-free cheese since 2016 to help vegetarians take the next step and go vegan. Now, The Uncreamery is moving into a new category: seitan-based salami that uniquely features bits of its vegan smoked gouda cheese as the fat element. 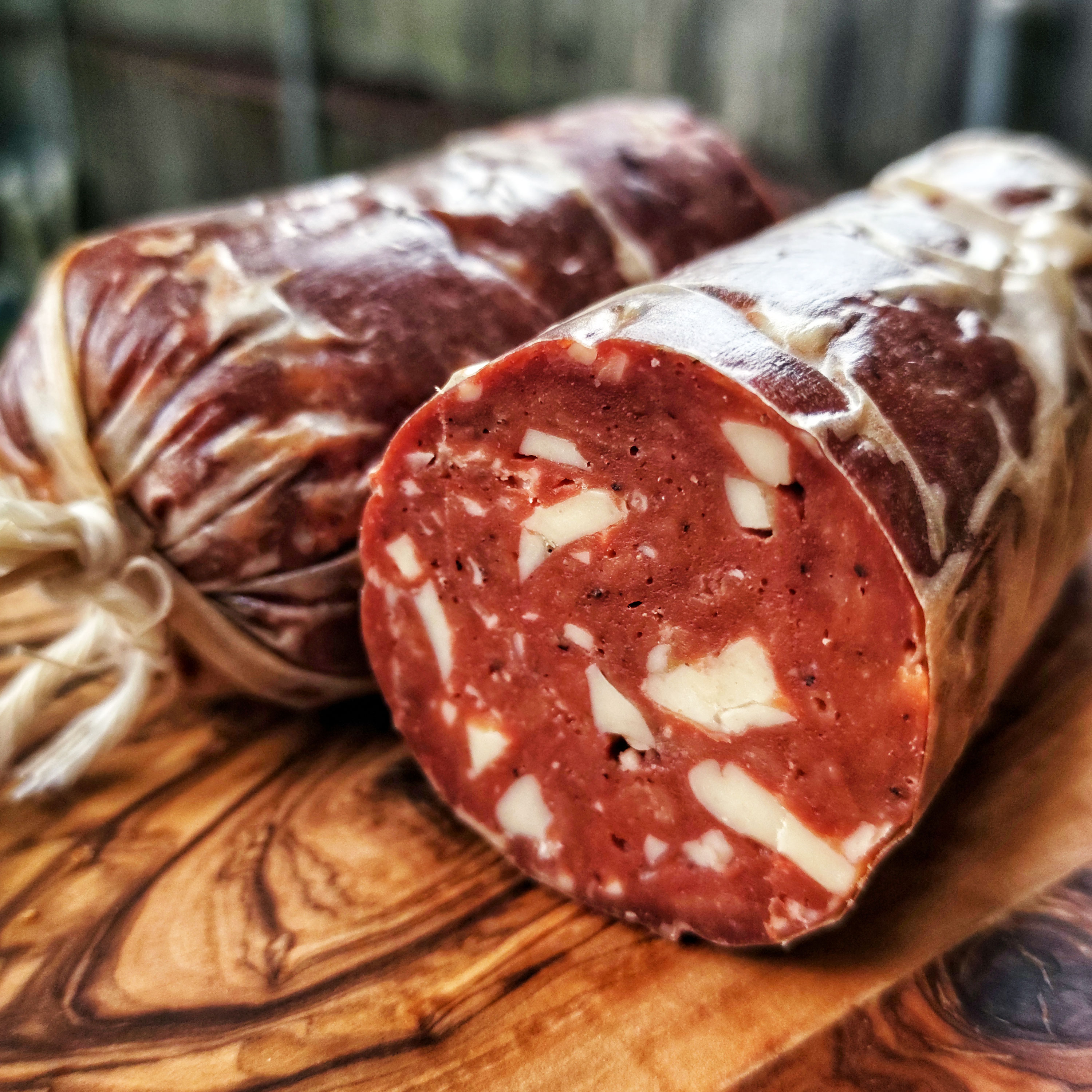 “This salami recipe has been in the works for quite a few years. Our original dream is to have our own brick and mortar vegan butcher shop one day, and multiple types of deli cuts, sausages, and other seitan based products have always been something we’ve been working on,” Myaf tells VegNews. “Seitan is another passion of ours. And just like there used to not be that many good vegan cheeses back then, I feel like vegan salami is still a fairly new thing on the market and there is a lot of potential for us in this field.”

The Uncreamery recently hit its funding goal through the Kiva loan program to support its expansion into deli meats and expects to launch its salami soon. Its cheeses are currently available in California through its own online shop and at select physical retailers. Outside of California, The Uncreamery products can be found through online vegan grocery stores Vegan Essentials, GTFO It’s Vegan, and No Pig Neva.

For the latest vegan news, read:Vegan vs Plant-Based: Which Should the Food Industry Officially Adopt?
Why Harry Styles Threw a Chicken Nugget Back Into the Concert Crowd Vegan KitKat Is Rolling Out Across 15 Countries. Here’s Where To Find It.

How to Achieve Your Wellbeing News Year’s Resolutions.